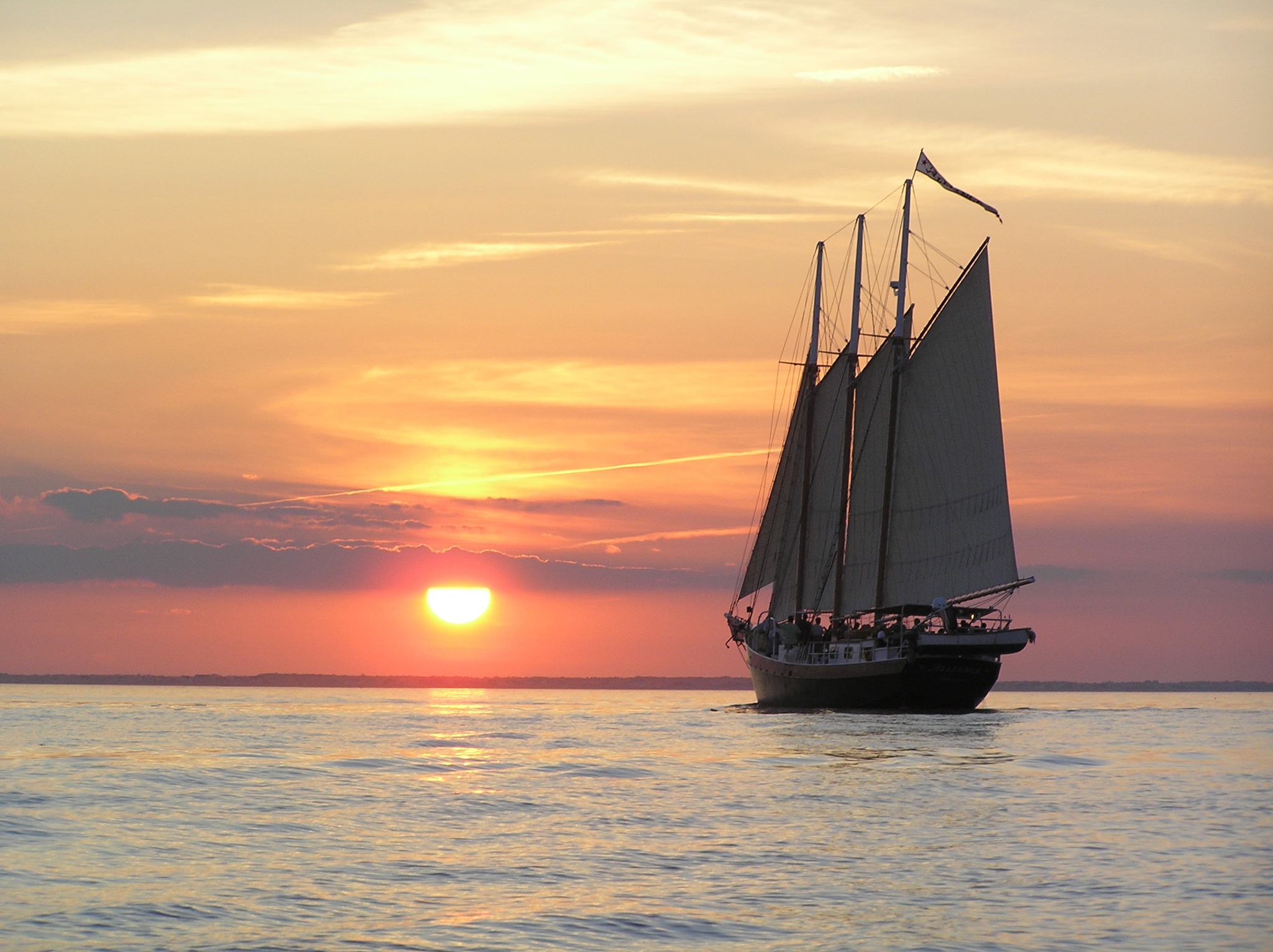 Leelanau County residents will be able to glimpse an eye-catching new vessel on the waters of Grand Traverse Bay this summer. On the heels of its biggest year ever, the Suttons Bay-based Inland Seas Education Association (ISEA) announced last week it has purchased a 105-foot, three-masted schooner to add to its fleet. That boat, christened Alliance, will be making its way to Leelanau County in late June, after which it will become the new centerpiece of ISEA’s popular shipboard programming. According to Executive Director Fred Sitkins, the boat will be the biggest in ISEA’s permanent fleet – and will significantly expand the number of students the nonprofit is able to serve.

As Sitkins tells it, ISEA was bursting at the seams with its existing ship capacity in 2022. The organization was founded and launched its first Schoolship programs in 1989, and that year ISEA reached about 1,100 participants. Last year, ISEA had more than 6,000 people engaging with its programs – an all-time record. The growth – and especially the increased demand for hands-on experiential learning experiences aboard maritime vessels – sent a clear message to Sitkins: ISEA needed a new boat…ideally a big one.

“Our strategic direction for the last several years has really been about increasing our reach – in particular, with a focus on reaching underserved populations from both urban and rural areas,” Sitkins tells the Leelanau Ticker. “We've been working really hard at developing partnerships that bring us all around the Great Lakes. And for the last several years, every summer, we’ve been in four of the five Great Lakes working on those partnerships. So growth has been a pretty intentional focus of the organization, and we're feeling pretty successful with that. But we finally reached the breaking point about a year ago, where we said, ‘Well, we’re turning away more opportunities than we're able to satisfy each year, and really the only solution is to get another vessel.’”

Many of ISEA’s educational programs require time aboard the organization’s numerous schooners. ISEA’s popular Schoolship programs, for instance, welcome school groups aboard the vessels to “become scientists for the day and assist seasoned volunteer instructors with the collection and analysis of Great Lakes samples, including fish, plankton, and organisms that live along the bottom.” ISEA also offers multiple open-to-the-public sailing programs during the warmer months, including multi-day overnight treks where participants study the ecology of the Great Lakes, learn the ropes of vessel operation and navigation, assist with meal preparation in the galley, and even sleep aboard the ships. These programs, along with charter sails that welcome corporate retreats, wedding parties, family reunions, and other groups, mean the ISEA’s fleet is in high demand. In 2022, that demand finally outpaced the nonprofit’s ability to meet its mission and continue accommodating growth.

Until now, ISEA’s fleet has consisted of three vessels: two that it owns internally (the Inland Seas and the Utopia) and a third that it leases each spring to meet peak Schoolship demand (the Tall Ship Manitou). The Inland Seas and the Utopia are both 77-foot schooners, while Tall Ship Manitou has a length of 114 feet. At 105 feet, the three-masted Alliance will give ISEA a significant bump in capacity compared to the two schooners it owned before.

“The number one benefit is passenger capacity,” Sitkins says of the new vessel. “Alliance has a handsome capacity of 54 passengers, so it's just much better setup for the educational programs that we do, and will allow us to work with larger groups. The extra size is especially beneficial for overnight work. We travel so much during the summer – like I said, reaching four of the five Great Lakes – and those trips are usually multi-day overnight trips. For example, we'll have students with us as we're traveling from Detroit back up to Sutton’s Bay, and that would be four days constantly operating 24 hours a day with those students on board. The Utopia is just not set up to accommodate that type of experience, which was an issue because that’s where our biggest demand is. Alliance is really well set up for that kind of longer voyaging, so we will be able to take many more students with us on overnight experiences like that.”

In addition to having more space and capacity, Sitkins says the Alliance is newer, safer, better-equipped, and easier to maintain than the Utopia. “We were really looking for a steel-hulled vessel,” he explains. “That’s what our vessel Inland Seas is. And Utopia is not. That boat has a lot of wood structure to it, and it’s just a lot more time and expense to maintain a wooden vessel compared to a steel-hulled vessel.”

Upon the arrival of Alliance, Utopia will be retired and ultimately sold – a milestone for the organization that Sitkins says is bittersweet.

“When we acquired Utopia, it was donated to us and so it presented a really good opportunity for us to gauge our growth,” Sitkins explains. “That was back when we were just beginning to ask, ‘Well, are we going to have to own two vessels as an organization?’ Getting Utopia donated presented a low-cost entry for us to test that out and answer questions like, ‘Do we really have the demand?’ or ‘Can we maintain two vessels?’ or ‘Can we crew two vessels?’ So in that regard, Utopia has just been a tremendous asset to us. It's provided a really nice bridge for us to know that, yes, we can have and do need to have a second vessel. So, it's been a really good boat for us, but it's time to move on.”

The Alliance is currently located in Yorktown, Virginia, where it has been used as a charter and day sailing vessel since 2005. Before that, the ship – which was initially launched in 1995 as Kathryn B. – spent a decade as part of a windjammer fleet in Maine. In May, the Alliance will begin its voyage from Yorktown to northern Michigan, with an expected arrival in Suttons Bay on June 24. ISEA has a free public arrival celebration planned for that day, with the Inland Seas slated to escort the Alliance into the local harbor for the first time. Beyond that ceremony, ISEA already has plans to launch Alliance as part of its summer programming.

“We already have a variety of things booked,” Sitkins says. “We’ll start with a first trip to [Upper Peninsula port town] Hessel right after Fourth of July, and it’ll be busy from there on out before ending the season down in Detroit in the fall.”