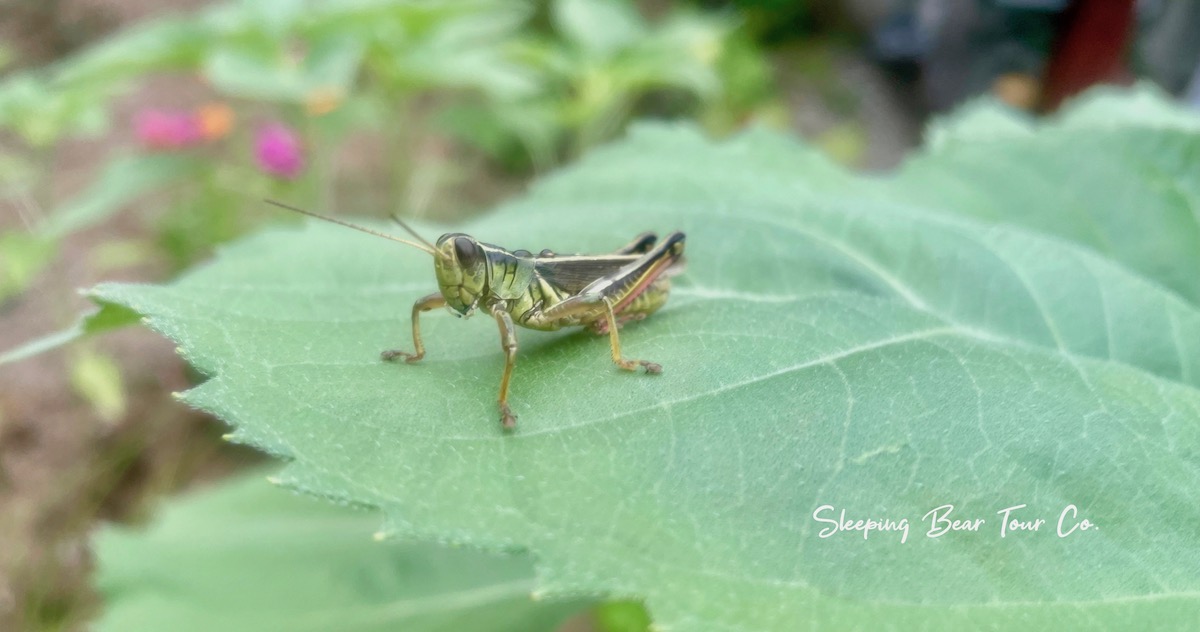 Dispatch From The Dunes #7: Meteor Showers, Creatures In Flight & More

Summer days at Sleeping Bear Dunes National Lakeshore (SBDNL) remain ours to enjoy. Birds continue the early morning wake up calls and evenings stretch well into the nine o’clock hour. The Lake Michigan shoreline is finally free of the massive 2022 alewife die-off and water temperatures have warmed to a comfortable swimming temperature. Here Sleeping Bear Tour Co.'s Julie Den Uyl, who leads wilderness hikes in the park, shares a look at what’s out in the field and sky right now.

Look skyward for intense displays: One of the most anticipated and popular night-sky events of the year, the annual Persieds meteor shower presents a peak display the evening of August 12. This year’s spectacle coincides with the full moon August 11, which will dim the visible meteors shooting across the sky. Northern Michigan observers may only view 10-20 meteors per hour versus the traditional 55. The number is still impressive and worth the attempt.

Transformations viewed in the field: Changes are appearing for the observant viewer. Hardwood forests are reflecting a yellowing tinge and a lone red maple was displaying a hint of fall color. The joyful leap of grasshoppers within the dry fields has slowed due to the heavy rains of late and rivers are swollen with the overflow. Forests appear to lack the usual number of flying insects, a concerning observation, but making for a more enjoyable evening walk. Insects, the most numerous species on earth typically display elevated populations in August. A guide tip for hiking, if you are the first to ascend a trail for the day carry a small stick held out in front of you as you walk. The stick will snag those pesky webs.

August blooms: Streams and wetlands are home to the invasive purple loosestrife now on full display. Harebell, butterfly weed, beach pea, and both milkweeds are also in bloom. Pitcher’s thistle is waning in appearance but can still be viewed within the dune landscape. A common shrub, sumac, is easily identified by its cone clustered bright red berries, which are fuzzy in appearance and texture. The red berries on wild sumac make an excellent nutritious drink rich in vitamin C. The Anishinaabe utilized sumac to treat colds, fever and scurvy. Creating a paste with clay also served as a salve for open wounds.

Call of the ruby throated hummingbird: In addition to the hum and trilling radiating from hummingbirds rapidly moving wings, averaging 53 beats per second, listen for vocalizations. I had always correlated the sound to a chipmunks “cheep,” but now realize it’s a joyful response in the fulfillment of receiving nectar. Where do hummingbirds sleep? Often they rest upon a twig, sheltering from the wind. Hummingbirds, like other species rely on unihemispheric or slow-wave sleep. Species that use this adaptation are capable of sleep even while in motion. Half of the brain is in a resting state while the other half is alert. This sleep pattern allows for a quick spring to action if a threat approaches. Animals often use this unique trait to sleep with one eye open. Living in a realm of constant danger I can’t say I blame them!