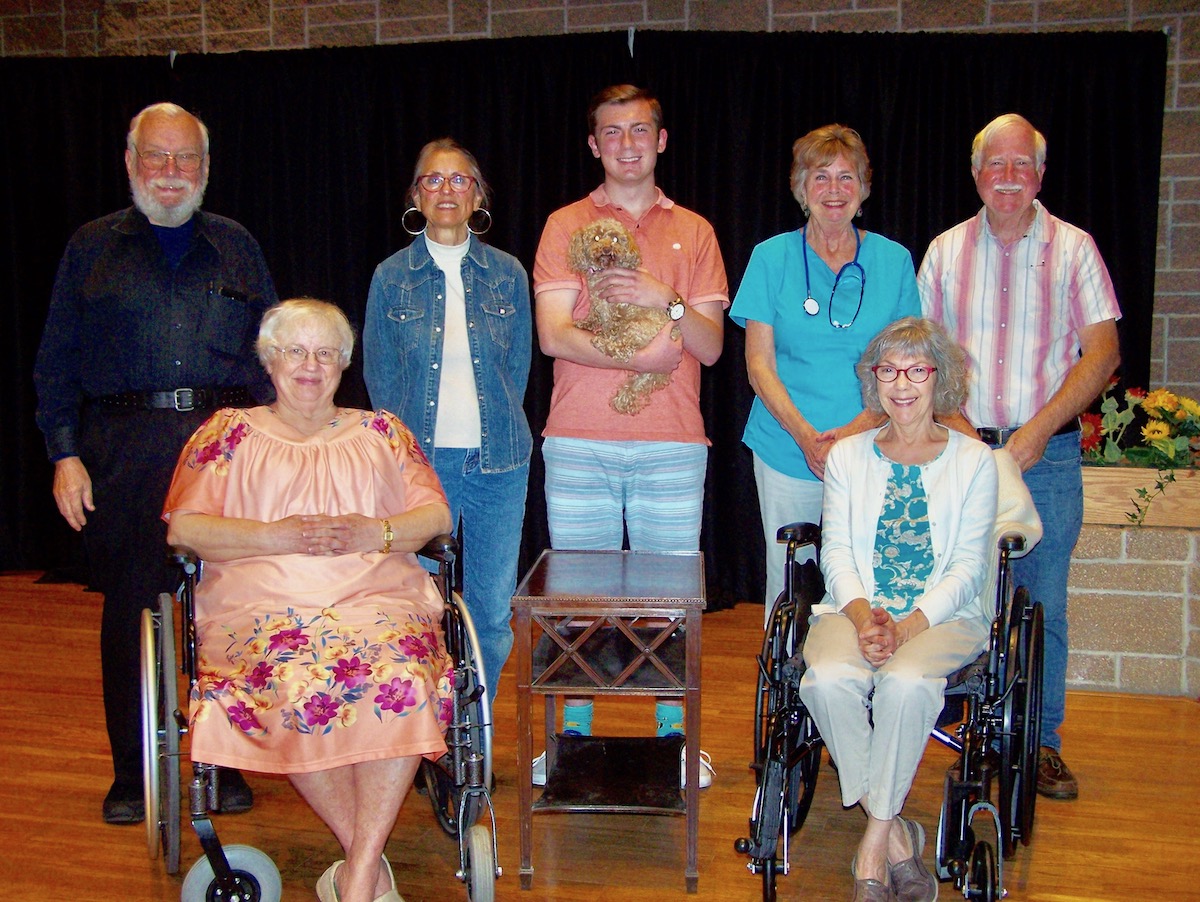 The Glen Arbor Players Readers’ Theater (GAP) has taken a new direction so theater fans can support the arts from home and enjoy this much-missed form of entertainment.

To observe COVID-19 guidelines, GAP videoed its fall play "Tidal Shifts" for digital viewing instead of presenting it live. According to a press release, GAP, a readers’ theatre group, met the challenges of pandemic-restricted rehearsals and reliance on a new digital format to retain their acting skills and keep in touch with their supporters.

“It took a lot of extra effort to rehearse then stage the play,” Pete LaPlaca, chair of the steering committee for GAP told the Leelanau Ticker. “Our director and founder, Harriett Mittelberger, has directed over 120 plays in her long career and knew what she wanted to convey with the play even though it had never been performed before and there was no roadmap.”

The first rehearsals were outdoors then moved to the director’s home, with masks and distancing.

The Glen Lake Community Reformed Church offered the sanctuary and its cameras and sound equipment so that GAP’s sound and light techs could film rehearsals and the actors could see how they looked on video. “It was very helpful for the troupe’s transition from stage to video,” one of the play’s lead actresses, Jan Ross of Lake Ann, told the Leelanau Ticker. “Not that I don’t prefer a live audience, but we have shown ourselves that we are adjustable enough to do this. Because we were able to watch ourselves before our actual performance, we learned many things of value. We also learned that filming is not as intimidating as you might think. In fact, we really enjoyed having a film crew.”

For the actual performance, a team from Garrison Digital gave the play a professional look.

The play was written by Priscilla Cogan, who also authored the internationally acclaimed novel, Winona's Web. She is a summer resident of Leelanau County. "Tidal Shifts" is set in a nursing home where two residents form an unlikely but genuine friendship that draws one out of silence, teaches the other to accept change, thwarts an abusive caregiver, and solves an old murder mystery. GAP invites everyone to watch the "Tidal Shifts" video presentaton here.

COVID-19 is spiking among Leelanau and Benzie County residents, with more than 300 new cases in November so far — nearly a six-fold increase in new daily ...

COVID-19 is spiking among Leelanau and Benzie County residents, with more than 300 new cases in November ...