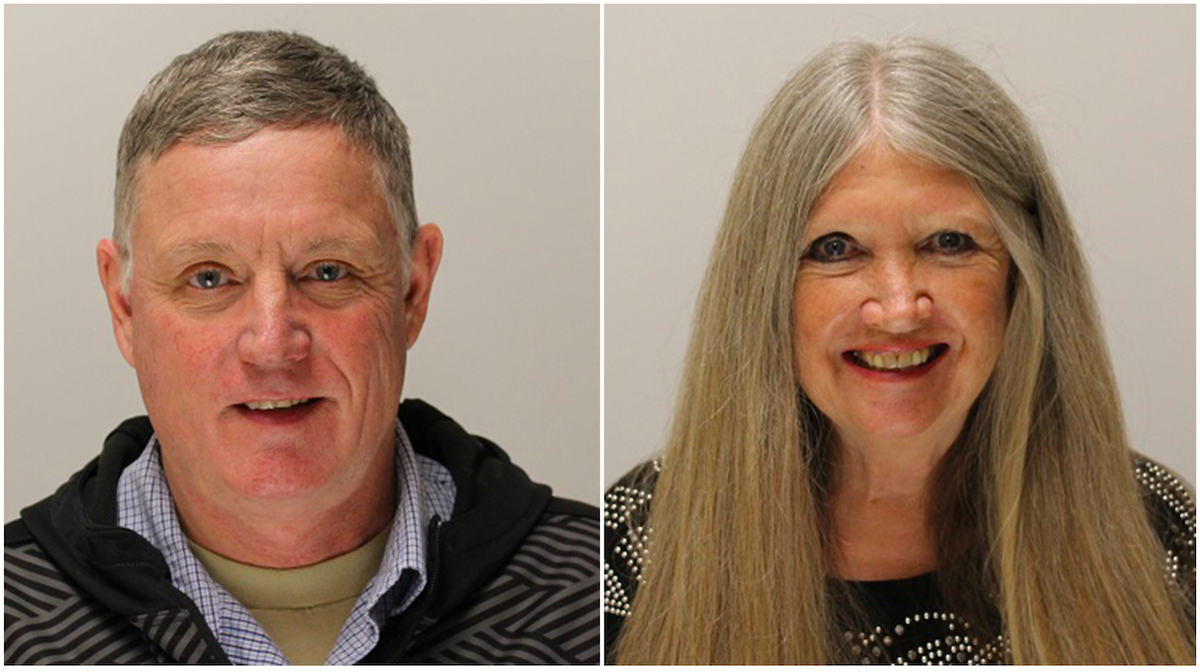 Leelanau County's Newest Commissioners Focus On Unity; The Board Heads Into 2021 Without Setting Goals

Leelanau County voters elected two new commissioners on November 3 — Rick Robbins and Gwenne Allgaier — to represent Districts 1 and 6, respectively. Both said they hope to bring a fresh perspective and a non-partisan attitude to the board, while addressing several key issues in the best interest of Leelanau County residents.

Each commissioners’ dedication to the needs of their constituents came into sharp focus at yesterday’s executive board meeting, during the agenda item surrounding the board’s 2021 goals.

Commissioner Melinda Lautner put the motion on the floor that, for 2021, the board does not adopt goals as a whole. This was seconded by Commissioner Debra Rushton. A lengthy discussion ensued, (available to view here, starting at 1:33:05). Robbins said that while a board needs goals, they need to be careful that they are not just to serve special interest groups. Allgaier said she wants to be pro-active for her constituents rather than reactive, adding, “I have never been a part of an effective organization that has no goals.”

Ultimately the motion passed, 4-3, and the Leelanau County Board of Commissioners will not adopt any common goals for 2021.

Meanwhile, the board's newest commissioners are rolling up their sleeves to begin their public roles, which were effective Jan.1.

Robbins, a Republican representing District 1, is a court officer for the 13th and 86th District Court. He is no stranger to knocking on doors, and that is just what he did during his campaign.

“I went door to door,” says Robbins. “I worked hard. If there was an opponent’s sign in a yard I still went to their door and told them I appreciate that they're voting and if I am elected I will still represent them.”

Robbins, who received 1,183 votes to Democrat George Bowers’ 1,181, replaces Republican Tony Ansorge, who did not seek re-election and often would cast swing votes on a Republican majority board.

“I don’t like the term swing,” Robbins says. “I’d like to think that we’re all swing votes. I’m going to look at the Democrat side and at the Republican side. My votes are going to be what is best for the residents, not just for the party.”

“I have to learn more about them before I can really say what am I bringing to the table,” Robbins tells the Leelanau Ticker. However, the District 1 commissioner does have some background related to his committee assignments, including serving on the Grand Traverse County Parks and Recreation Board when the Maple Bay Natural Area was procured and the skateboard park was developed at the Civic Center.

Robbins also owns a trucking company, experience that may help with the BATA committee, he says.

An issue he hopes gets more attention is the lack of affordable housing in the county. He says more and more people are relocating to Leelanau County from larger cities where the cost of living is higher.

“It’s great for them, but it’s also driving our cost up,” Robbins says. “It concerns me as to how young families born here can stay here and have a career; how can they afford to live here?”

Leelanau County has the highest median home value in the region at $262,299. Grand Traverse County ranks second at $201,469, according to Networks Northwest.

Another issue Robbins has his eye on is the septic ordinance.

“It has been on the table for a few years now and we’re trying to sort that out,” Robbins says.

The Democrat says water quality is a very important issue for her, who has taken up the fight for clean water while living downstate before moving to Leelanau County permanently in 2004.

“We live in an area where there are cottages that have been here for years and years with unknown septic systems,” Allgaier says. “I've lived on lakes since 1984 downstate and I'm very aware of problems that can happen with the cleanliness of lakes.”

According to Allgaier’s recollection, the board has kicked around the septic issue since 1994.

“It’s never been allowed to go anywhere,” Allgaier says. “We are the only state in the Union without a septic ordinance, which is crazy. … Our drinking water has to be one of the number one public health concerns. It’s a precious resource and it is our job to safeguard it.”

“I like to be involved,” Allgaier says, adding she would also have liked to join the Housing Action Committee and Housing North. However, she praised the committees, saying they have been doing “extremely good work.”

“I’m on a learning curve on all of that,” Allgaier says. “[Commissioner] Ty Wessell is doing extremely good work on housing. And our commission needs to support that. I’m brand new; it’s not my turn yet. My job will be to support them wherever I can by voting to support their programs.”

According to Allgaier, the Democratic Party had a conference call with Leelanau County farmers last year. Two of the biggest issues discussed were housing for farm workers and internet.

“They need housing and internet just like every other business in this county,” she says.

Allgaier beat Republican Lana Schaub for the District 6 commissioner seat. She is the former chair of the Leelanau County Democratic Party and a regular at county board meetings. She also has a masters and a limited license in psychology, holding a certification in substance abuse, and has worked with a substance abuse treatment center since 1995.

Like Robbins, she hopes to bring a non-partisan approach to the position.

“Being partisan on county business doesn’t fit,” Allgaier says. “The role of a commissioner is to represent the needs of the county and to use our tax dollars to most effectively run our county and improve lives whenever possible.”

And, just days after the recent attack on the Capitol building, both Robbins and Allgaier said it was “a sad day” for the United States.

“I feel that Leelanau County has seven commissioners that can set an example right here in our backyard by just being more open with each other and at least listening to each other,” Robbins says. “We don’t have to agree, but at the end of the day we should we should respect each other.”