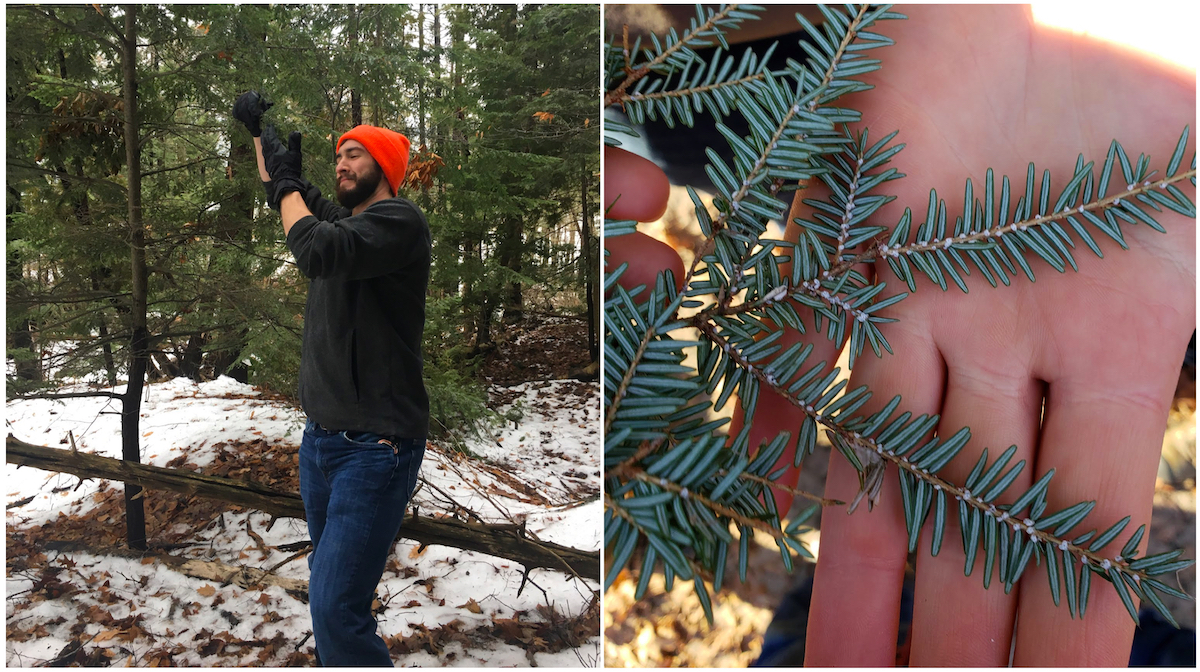 Leelanau Landowners: Be On The Lookout For New Invasive Species

The NW Michigan Invasive Species Network (ISN) is currently working to assemble a list of properties in Leelanau County — as well as in Benzie, Grand Traverse and Manistee  — facing a higher risk of the new invasive species hemlock woolly adelgid.

“It’s an invasive forest pest that was discovered very close to the counties we work in,” Grand Traverse Conservation District Outreach Specialist, Emily Cook tells the Leelanau Ticker. “Our organization, along with regional partners, like Sleeping Bear Dunes National Lakeshore, are doing winter surveys to try and identify if hemlock woolly adelgid has moved even further north. Our goal at this point is to try and get folks aware of the risk and potential impact.”

She says most residents of northern Michigan are familiar with emerald ash borer — an invasive insect whose arrival in our state resulted in the widespread die-off of millions of ash trees. “Unfortunately, another invasive species is knocking at our front door, this time targeting a critical habitat species — our hemlocks.”

Hemlock is a particularly special component of northern Michigan’s forest ecosystem for wildlife habitat, and along rivers it offers shade that is essential to the health of our fisheries.

Right now, in the Appalachian Mountains, entire swaths of forest appear to be brown as dense hemlock stands become fatalities to the hemlock woolly adelgid (HWA). Originally from Asia, this aphid-like insect can be hard to spot. They situate themselves at the base of hemlock needles and feed off the trees’ nutrient supply, eventually resulting in mortality.

The good news, says Cook, is that unlike with Michigan’s ash trees, this mortality is more gradual —often taking five to ten years. So, while the invasive species is already in Michigan (the most recent sign of HWA was identified in Mason County) and creeping north, statewide land and invasive species managers are hopeful that this slower-moving tree pest can be tackled head-on.

ISN and regional partners have conducted winter surveys the last two years to minimize any potential spread. Originally, ISN’s focus was on easier-to-access locations such as public land and conservation easements. Since then, ISN’s focus has shifted to surveying private land.

That’s where landowners come in: If your home or land falls within 10 miles of Lake Michigan shoreline in Leelanau, Benzie, Grand Traverse, or Manistee County, you are encouraged to complete a survey that can be found on ISN’s website.

Cook emphasizes that “it will take many individuals contributing to this grand effort” and ISN will be prioritizing responses and site visits as personnel resources and funding allow.

In the meantime, ISN encourages all Leelanau landowners with hemlocks to keep a watchful eye on them and if they begin to look sick — gray-tinted needles, needle loss, and branch dieback — contact ISN’s Invasive Species Specialist, Audrey Menninga, via email or at (231) 299-0786.

For more information on ISN’s local surveys or questions about HWA, go here.

ISN is hosting a webinar on Thursday, January 14 at 6pm that will cover identification, look-a-likes, and how to conduct your own surveys. Register online to receive the Zoom access information.