Today marks 30 days into Kim Kelderhouse’s new gig as executive director at the Leelanau Historical Society and Museum in Leland. It a natural that Kelderhouse, previously the organization’s curator, stepped into the role after former director Francie Gits transitioned to more time spent with her family. Incidentally, Kim is descendent of Thomas and Margaret Kelderhouse, who settled Port Oneida in 1862, making her a 6th generation resident of Leelanau County. Here’s more of Kelderhouse’s connection to and passion for the peninsula’s juciest backstories.

Leelanau Ticker: If those 1862 Kelderhouse ancestors could see you now!
Kelderhouse: Ha!

Leelanau Ticker: Did you grow up with a strong sense of family heritage?
Kelderhouse: My dad definitely championed it. One particular summer he took time off from his job as a contractor and — before he jumped back into farming — we went all over checking out our living history in Leelanau County. I was about 11 or 12.

Leelanau Ticker: Since the original Kelderhouses had eight children, are there distant cousins everywhere on the peninsula?
Kelderhouse: Yes, I meet many cousins, also because my Grandma Kelderhouse was a Plamondon. People know Plamondon Shoes downtown — and my grandma can tell you exactly how they are connected to the Lake Leelanau Plamondons. It’s a family where they love to all know each other, get together and play cards. And on my particular branch of Kelderhouses, all but one of my dad’s siblings lives here. That uncle happens to be really good at repairing cemeteries, so he’s been here helping to fix up headstones and monuments in Leelanau County cemeteries.

Leelanau Ticker: Preserving Leelanau’s cemeteries — it that a project of the historical society?
Kelderhouse: We are working this summer to facilitate two workshops — it’s a safe program we can do now where people can easily be outside and distancing. We are still getting the formal approval from the townships, but we’re looking at doing Maple Grove Cemetery in collaboration with Bingham Township — many people may know it by its beautiful ornate gate. And then the East Leland Cemetery, which is on the east side of the north end of Lake Leelanau. People often don’t realize there is a place called East Leland. It’s not really anywhere near Leland, but if you think about the time when people were using boats as transportation, it was very easy to hop back and forth across the water from Leland to ‘East Leland.’

Leelanau Ticker: By the time you were a kid, the Kelderhouse homestead was already a part of the Sleeping Bear Dunes National Lakeshore?
Kelderhouse: Great-Grandma passed away in 1981 — she had signed a lifetime lease with the National Park, so she got to live there though her death. And she died in the house. Then theoretically the family could have moved the structures from the site — and many people in the Sleeping Bear Dunes did move their homes — because the park’s original plan was for everything to go back to wilderness.

Leelanau Ticker: Now it’s preserved as part of the Port Oneida Historic District?
Kelderhouse: Yes. As ‘Kim,’ not in my role at the museum, my dad and I are both part of the committee that plans the Port Oneida Fair held in August. We are also the site hosts at the Kelderhouse farm for the fair. When I was in high school my grandfather had been given permission to go inside the house. It was very emotional. He started talking — and I instantly hit record — so I have a really nice recording of that moment. My grandfather passed away in 2009 and that year we asked if we could open up the house in his honor…we open the house every year now for the fair and display the family history inside.

Leelanau Ticker: What history-finding do you want to be a part of in this new role?
Kelderhouse: It comes to light especially with current events and protests going on: as we look at our collection and ask where there are gaps: It’s female stories, Native American stories, and migrant stories. It’s not to say we have not tried or that people in the past haven’t tried — but now we are going back. Families have the information so now it’s putting a greater emphasis on collecting it, and making sure people know we have those resources and developing exhibits. We did a video regarding our Native American basket collection with a couple of the Tribe’s elders. We are now creating on an app so there are more ways to explore the baskets, their materials and the people who made them.

Leelanau Ticker: The video you posted on social media about Leelanau’s founding women was a big hit; what else really stokes people’s history fire?
Kelderhouse: Any time we do a shipwreck program — if we have shipwreck hunters like Ross Richardson or Chris Roxburgh come speak, it’s a full house.

Leelanau Ticker: What about Leelanau’s history really excites you…gives you goosebumps?
Kelderhouse: Poetry. The founder of Suttons Bay, Harry Sutton, for example. I don’t know if you would call him a poet, per se, but he wrote and published his own poetry book. South Manitou. In the summer in 2015, I lived there as the volunteer lighthouse keeper. Being there for six weeks gives you a whole different window than a short camping trip. There are so few modernizations on the island — it shows what Leelanau was once like. That lighthouse is so special — it’s the tallest in the county and from it you get the unique view of the entire peninsula, the sand dunes, Sugar Loaf. I also love our rural destinations and random buildings in the middle of nowhere.

Leelanau Ticker: Which ones have a place in your heart?
Kelderhouse: The original Bingham Township Hall on Center Highway, close to Donner Road. It’s so old, and it is super cute, and it looks like it’s made from Markham brick from Greilickville — the pale-yellow brick the State Hospital is built from — it was the named for the guy who owned the brickyard. The clay for the bricks came right out of Cedar Lake. And I love the grist mill in Glen Arbor, that’s partly a family history thing, but now it’s just amazing to see it being preserved. It’s just a gorgeous building, and all of the original equipment is inside. Recently I emailed the new owner to tell him a story about a grist mill in England. The mill did tours and a little grinding just for demonstration, but during COVID when people couldn’t get flour, they just started cranking it out for people.

Leelanau Ticker: On that note, one of your pet projects is to document the experiences of Leelanau people during this unique time in our nation...
Kelderhouse: Yes, we are living through history. We invited people to share thoughts, photographs and stories about this pandemic, but I think the initial prompt we put out there might have been overwhelming…so we are now reframing how we want to capture the stories. We’d like to distill it down to three questions and have people respond briefly but meaningfully, anonymously if they choose. One question we might ask is ‘when did it feel real?’ I would like this to be broad reaching, so we capture the experiences of people all across Leelanau. We just have to figure out the logistics, so stay tuned!

Though the museum is closed for tours for the time being, Kelderhouse and staff welcome research by appointment, and for people to use the many online resources available, including the Leelanau Historical Society archives, digital newspapers and the oral history inventory. 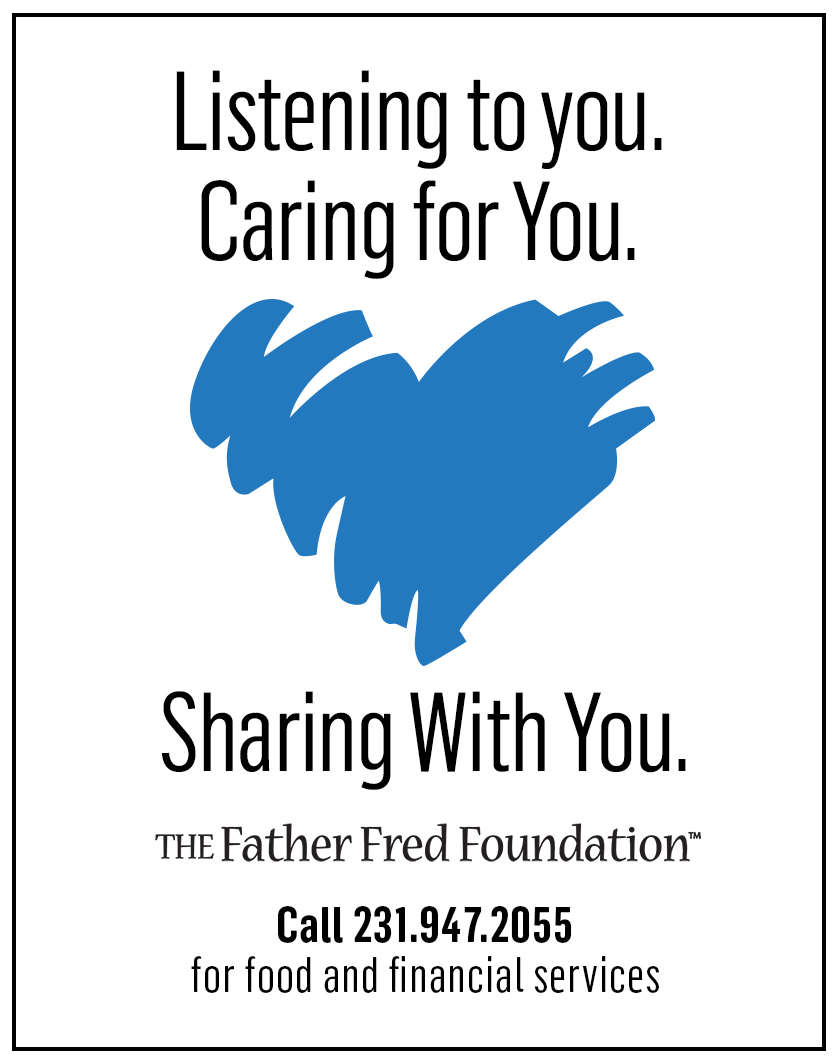