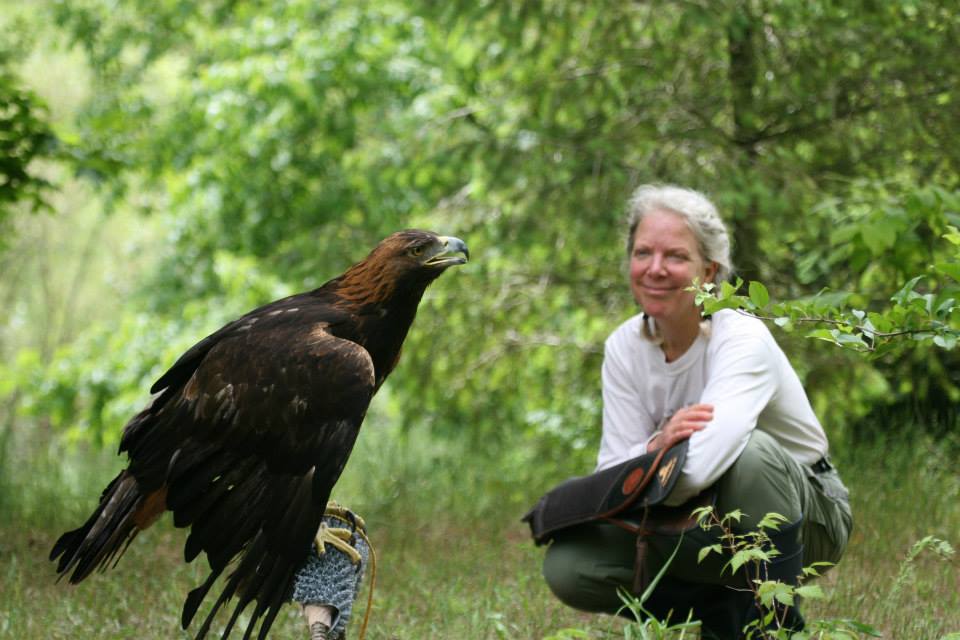 For the first time in more than three decades, the cages and flight pens are empty. All is quiet at Wings of Wonder, the raptor rehabilitation center outside Empire. Rebecca Lessard, the founder of and guiding force behind Wings of Wonder, has said goodbye to her birds of prey as she embarks on the next chapter of her life: retirement.

Of course, the birds never were really hers. That’s why she says she was never downcast about letting the birds fly free after they had been rehabilitated. “Was I sad to release them? Never. It’s their birthright,” says Lessard.

Lessard says the creation of the center was not intentional. She wasn’t even interested in birds. “I had a degree in biology. I always worked with mammals,” she says.

It wasn’t until a veterinarian friend suggested she try to help an injured red-tailed hawk that she stumbled into what became her life’s work.

The way she tells it, she was afraid of the bird but gathered it into her arms. It was then that something happened she wasn’t prepared for. She looked into the hawk’s eyes and was smitten by the need. “My life changed in that moment,” she says, almost wonderingly. As did the lives of countless hawks, eagles, vultures, falcons and other birds. “I didn’t get in the way of the universe.”

She started small, building a flight pen with her late husband. Then another. The number of birds she was rehabilitating grew, until finally a decade into her experiment she decided to officially become a nonprofit. “It was crushing us financially, so I incorporated as a nonprofit.”

That was also about the time she stopped going on rescue runs to wherever there was an injured bird. She might be gone for hours, and upon her return she would still need to feed and take care of the birds at Wings of Wonder. So she began enlisting the assistance of rescue volunteers around the state. She also had a small contingent of five or six volunteers to help her at the center.

How many birds has she rescued and rehabilitated over the years? Lessard doesn’t really know.

Despite her best efforts, some of the birds were unable to survive if they were released back into the wild. Lessard got certified to keep those birds which could not be released.

That led to something she feared more than the birds: talking to crowds of people.

The birds became the centerpieces of educational programs she conducted. “I wasn’t good at public speaking,” Lessard says. “It was scary.” But the goal — helping the birds and educating people about them — was so important she worked to overcome that fear.

She eventually hosted 150 programs a year. “I’d take live raptors to over 10,000 people a year. That’s when I realized my calling, that hush of ‘Wow.’ I got this golden moment to fill people’s heads with facts.”

Her lecture partners included Doolin, a turkey vulture who became one of her and her audience’s favorites. “He’s just a clown,” Lessard says. “He was on a tether. He’d walk up to someone and pull on their shoelace. They’re really curious.

“He became a rock star.”

Now Doolin, Rita Mae and other birds have made the big move to Michigan Avian Experience. The sanctuary is in Brooklyn, Michigan, near Jackson, where Lessard’s friend Francie Krawcke heads the team.

Lessard is also working with the Little Traverse Bay Bands of Odawa Indians in Harbor Springs in a new endeavor. They are setting up a tribal eagle display aviary and rehabilitation center, the first of its kind east of the Mississippi River.

“The partnership with the tribe has been incubating for 15 years,” says Lessard. “[The new center] is being designed from the ground up with intention. The concept drawings are almost finalized. It’s really, really beautiful.”

Lessard’s last scheduled release was in September in Harbor Springs, where the Tribe will be operating for the next year under her license. But two days later, she received an emergency call on an eagle found on South Fox Island. She’d already dispersed most of her medical supplies but was able to gather the necessary supplies and nursed that bird back to health. It was released on South Fox Island October 19. Her educational birds had been transported to MAE earlier that month.

She’s now happy to be surrounded only by chickadees, nuthatches and the like. “It’s really neat to not have birds under my care. That’s probably why I now have six bird feeders and a suet feeder,” Lessard says with a laugh.

COVID-19 is spiking among Leelanau and Benzie County residents, with more than 300 new cases in November so far — nearly a six-fold increase in new daily ...

COVID-19 is spiking among Leelanau and Benzie County residents, with more than 300 new cases in November ...