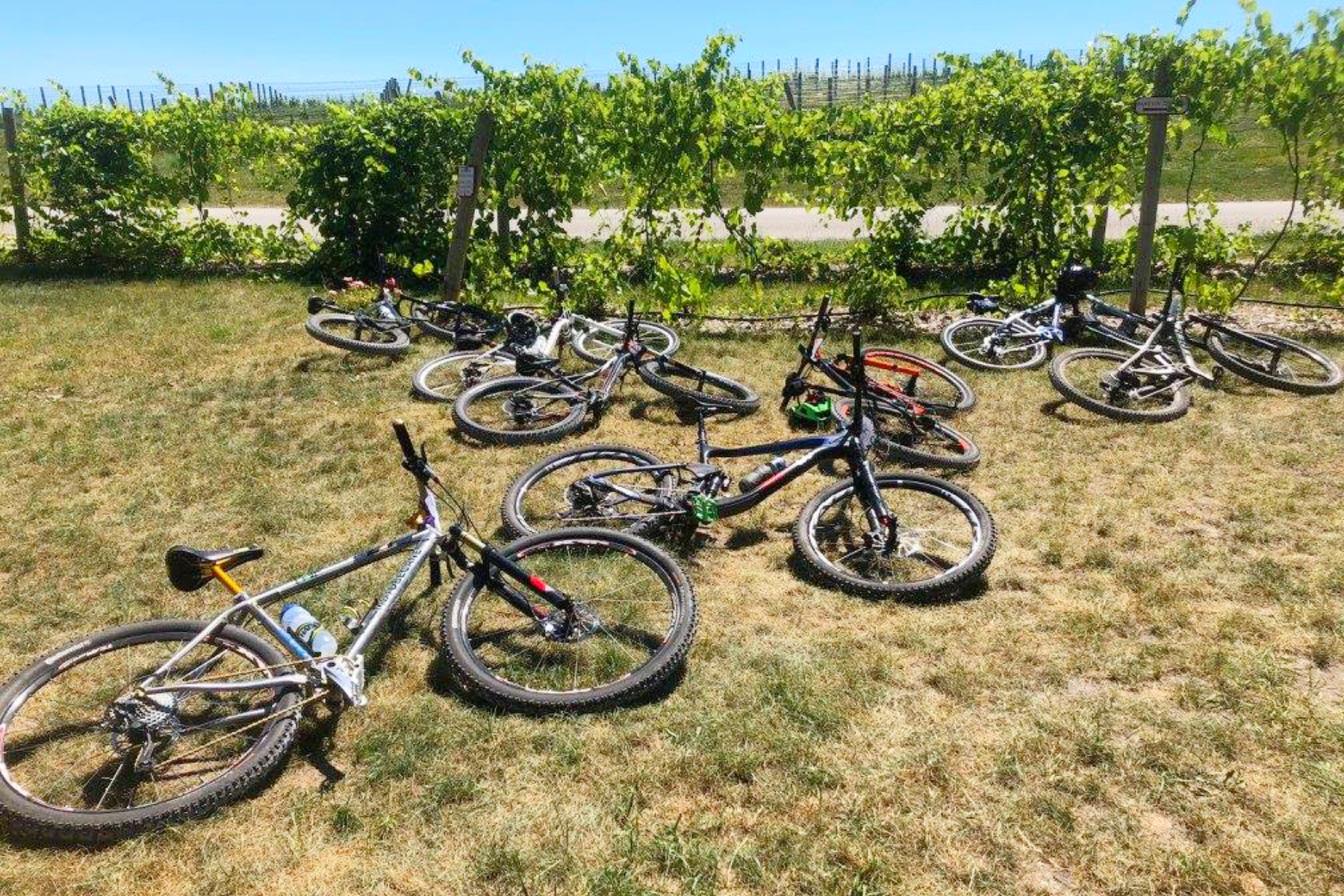 Bike Leelanau Supports The County's Mountain Biking Boom, One Trail And Rider At A Time

Cody Sprattmoran and Molly Steck co-founded Bike Leelanau with a vision of Leelanau County becoming a world-class destination for mountain bikers, with a plethora of beautiful trails, a vibrant cycling community, and an engaged bike advocacy organization. Four years into their endeavor, they might not be so far from achieving those goals: A roster of experts coaches are sharing their skills at clinics later this month; and the organization is supporting several new public trails in the works — plus fielding requests from county property owners eager to develop them on private land.

“It’s been huge, and it’s been really cool to see,” Sprattmoran says of the recent boost in mountain biking in the county. “[In Leelanau] we don't have very many trails to get folks out on. But we will see, at Palmer Woods, that the parking lots are busy all summer. And it’s so cool seeing the variety of people [on those trails]. We’ve definitely seen growth in multi-generational riders, as well as in new-to-the-sport riders out there.”

This in part can be attributed to COVID-19: According to one study, bike sales in the United States hit $4.1 billion between January and October 2020 — an increase of 62 percent from the same period the year before. The growth was also reflected on Strava, an exercise and social networking app that allows athletes to track and gamify their workouts, where cyclists logged 8.1 billion miles of bike rides in 2020.

Wood tells the Leelanau Ticker, “We saw over 100,000 visitors at our 12 most popular trails last year — more than double the number of visitors in 2019.”

Bike Leelanau members have helped keep pace with the surge in trail usage by ramping up the conservancy’s volunteer ranks for Palmer Woods mountain bike trail maintenance, which includes the weekly task of cutting back brambles that quickly grow along the trail as well as shoring up places where sandy soils have eroded.

Wood adds that, with the eight new miles of mountain bike trails coming to Palmer Woods, trail usage at the reserve is expected to hit another high water mark this summer.

The new additions at Palmer Woods will more than double the 5.75 miles of mountain bike trail now on the ground there. But it’s just one of the local trail projects that Bike Leelanau is championing.

The organization is also collaborating with Leland Township to improve and add to the trail infrastructure at Provemont Pond Recreation Area, and is working with the Northern Michigan Mountain Bike Association to build a “pump track” at Herman Park in Suttons Bay. (A pump track is a bike loop designed with bumps, banked turns, and other features, intended to maximize the momentum of a cyclist and minimize the need for pedaling.) Sprattmoran is hopeful that the former project will move forward this summer, and that the latter will start to take form within the next year.

As for the longer-term dreams for Bike Leelanau, Sprattmoran says one big focus is improving overall bikeability in the community, noting that the group is “committed to doing as much as we can near local population centers, so that folks don’t have to get on a vehicle to go ride, or so kids can get out of school and bike across the street and find trails.” She also floats the possibility of a partnership with Norte, the youth cycling advocacy organization that has led the way for Traverse City’s Safe Routes to School program.  “We’re working on supporting schools and communities to get more kids on bikes. Norte has done a phenomenal job, and we’d love to see Norte get into more schools in Leelanau County.”

Other hopes include trail expansions within the Sleeping Bear Dunes National Lakeshore. An effort to bring about 30-plus miles of trails to the park lands has been in the works “for about 10 years,” notes Sprattmoran.

While most of the big projects being discussed for future bike trails fall on public land, Sprattmoran says there’s also a growing trend of private property owners allocating land for trail purposes. One such trail exists at 45 North Vineyard & Winery in Lake Leelanau: A three-mile, multi-use design that has even been certified by the International Mountain Biking Association (IMBA). According to Alanna Grossnickle, general manager for 45 North, the trail has been “gaining more and more popularity every year” – with everyone from leisure riders to advanced cyclists to local cycling teams making use of it on a daily basis.

Sprattmoran sees private-land trails like the one at 45 North becoming more common. As Bike Leelanau’s presence has grown, the organization has been approached by numerous local landowners inquiring about building trails on their property.

“They’ve said, ‘Hey, we have some cool property; we’d love to see we can we figure out how to make this work as a trail,’” Sprattmoran says. “A lot of that has been word-of-mouth, just helping people to know that there are opportunities [for more trails] if they are interested in partnering with us to make it happen.”

And for those wanting to bone up on their mountain biking skills or get involved for the first time: Bike Leelanau is hosting a pair of fundamental skills clinics this month, which will highlight key cycling proficiencies such as optimal body positioning on a bike, smart cornering strategies, and handling small jumps. The first clinic, scheduled for June 19, is geared specifically toward women, while the second, on June 20, is co-ed. Both clinics are $75 and will run from 9:30am to 4pm at Palmer Woods. More information is available on the Bike Leelanau website.