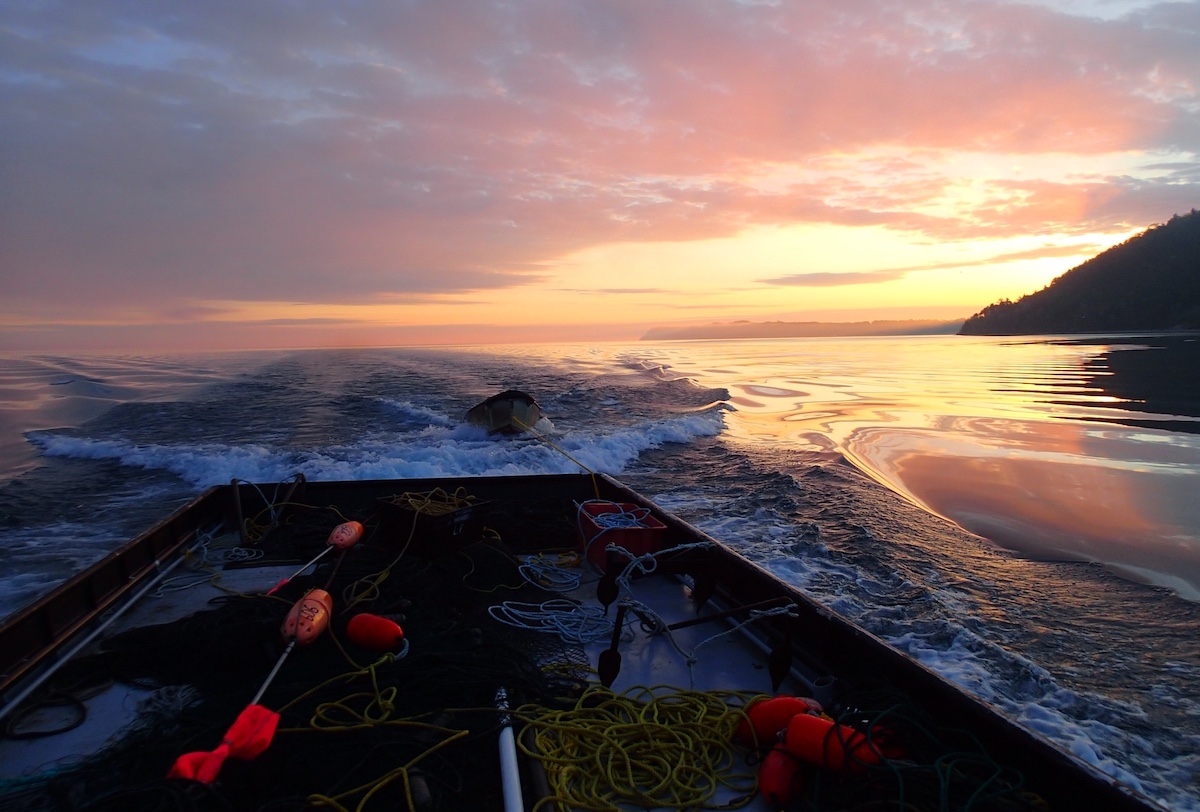 Petersen is talking about recent DNR actions, which have delayed license renewals for Michigan commercial fishers, as well as pushed state legislation that would permanently restrict commercial fishing in several ways. In response, the Michigan Fish Producers Association (MFPA) has filed a class action lawsuit against the DNR, as well as DNR Director Daniel Eichinger and DNR Fisheries Chief James Dexter. The lawsuit alleges that the defendants are retaliating against the commercial fishing industry due to the industry’s opposition to a series of bills considered by the Michigan Legislature last year.

The package of bills in question — House Bills 4567, 4568, and 4569 — sought to classify yellow perch, walleye, and lake trout as “game fish.” Such classifications would permanently prohibit commercial fishers from harvesting those species in Michigan waters — effectively limiting the state’s commercial fishing industry to whitefish.

In the immediate future, the passage of those laws wouldn’t have dramatically changed much: There were already DNR orders not allowing most commercial fishing of walleye or lake trout, but those orders were not permanent laws. Commercial fishers are hoping that — as Michigan lake trout numbers increase — those rules could change.

“As far as it’s been all this time, it’s illegal for us to catch trout, but it is not illegal by law,” says Amanda Holmes, executive director of Fishtown Preservation. “It’s illegal because of how the [DNR] orders have been written. Someone could theoretically change that, and we could get trout.”

Had it passed, Holmes says the recent legislature would have slammed the door on commercial fishers ever being allowed to catch lake trout. The legislation would also bar the limited amount of commercial walleye fishing now allowed in the state, which happens on Saginaw Bay.

The good news for commercial fishers is that the package of bills, while it passed in the House last year, ultimately died in the Senate. But it was far from an end to the story.

Petersen says the death of the legislation simply pushed the DNR to take a harder-line stance against commercial fishers — something he and the rest of the MFPA view as retaliation.

These provisions, which Dexter noted were removed by “recent amendments to the commercial Fisheries Order (F.O.) 243.21,” included one that allowed “commercial fishing trap net fishing” in water depths of up to 150 feet, as well as another that only closed the whitefish season from November 1 to November 30. Per F.O. 243.21, trap netting is now “restricted to 80 feet of water or less” and whitefish season in Lake Huron and Lake Michigan is closed from October 1-December 10.

Petersen says the combination of only being allowed to fish in 80-foot depths and losing the entire month of October to operate would be enough to put those in the industry out of business.

He adds, “The letter basically said, ‘If you agree to the way the bills were introduced, all this will go away and you can fish the way you've been fishing. It’s childish, what’s going on. We didn’t agree to what they wanted, so they’re punishing us.”

State Senator Ed McBroom (R-Waucedah), chairman of the Senate Natural Resources Committee, submitted a “Commercial Fishing Workgroup Report” in November that proposed 143 amendments to find “reasonable resolutions to the most contentious portions of the bill.”

“[The DNR] didn’t agree to any one amendment to the legislation that Senator McBroom introduced,” Petersen says, referencing a four-minute December 3 hearing where DNR Legislative Liaison Craig Burnett said the department was unanimously opposed to the list of amendments McBroom proposed. “Those amendments were our political speech, our freedoms, and they squashed those.”

McBroom’s amendments were touted as a compromise, though Bill Winowiecki — of Glen Arbor’s Watta Bite Charter Fishing, and a member of both the Michigan Charter Boat Association and the Lake Michigan Citizen’s Advisory Board to the DNR — says that “not one of those amendments was sport fishery friendly.” He argues the amendments would have given commercial fishers free rein to fish in the Great Lakes – with potentially devastating consequences.

“It boils down to the biology of the lakes,” Winowiecki says, adding that the total biomass of Lake Michigan and Lake Huron is now “one-third of what it was 20 years ago.” The decline of fish populations is the result of invasive species, as well as the diminishing numbers of baitfish. Those factors, Winowiecki says, are causing whitefish and salmon populations to crash in the Great Lakes. The charter boat captain takes issue with commercial fishers coming after sport fish like lake trout and walleye — in part because of finite numbers, but also because he feels the sport fishing industry has done more to keep those populations alive.

“Let’s say we cut the commercial fishermen loose and let them do what they want with lake trout,” Winowiecki says. “I guarantee you, in two years’ time, the fishery will be completely dead. The commercial fishing industry has never put a dime in to rehabilitate any fish whatsoever…they’ve always been takers; they’ve never been putters.”

The DNR website states there are “around 50 state issued commercial fishing licenses” in Michigan right now, “only a portion” of which harvest fish each year. By Carlson’s count, that “portion” of currently operating fishing licenses is 11.

“Between Indiana and Leelanau Peninsula, there's two people fishing,” Carlson says. “And yet, [the DNR] continue to impose more laws to stop us from doing that. [The industry] has just continued to decline over the years because of the laws and the regulations that we have to deal with.”

“It’s a huge lobby and they have a ton of money,” Carlson says. “It includes the likes of Cabela's and Bass Pro Shops. The lobby paid for a study of how much each fish is worth for the state. And they include the gas they buy, and the hotel rooms, and the boats they buy, and the licenses, and the rods, and the navigation equipment. They include all that in the money that people spend to sport fish. And we subsequently couldn't come up with the money for a study like that, and so the state said, ‘All right, well, you harvested five million pounds of fish; it's $2 a pound so [commercial fishing] is worth $10 million.’ That’s data that they give to the decision makers, and it’s very, very skewed.”

Carlson’s Fishery no longer holds a fishing license, having sold it when the Carlson family sold Fishtown to Fishtown Preservation in 2004. However, the fishery continues to operate as a processor and distributor, buying fish from commercial fishers and selling it locally and through wholesale channels. Carlson says the DNR – by limiting commercial fishing to whitefish or by maintaining restrictions with water depths or allowable fishing months – could make it impossible for fisheries like his to continue operating, in turn making it harder for consumers to find fresh-caught Great Lakes fish.

When asked if less regulated commercial fishing might wipe out Michigan fish populations, Carlson says that his industry isn’t asking for much.

“Right now, even if we filled the quotas for the two licenses that are fishing on Lake Michigan, my fishery could use all of it,” Carlson says. “It’s not a huge volume of fish. We never catch more than we did the year before, because our quotas have never gone up. People have this myth that we're just wiping the lake’s fish, and it’s simply not true.”

Editors Note: A previous version of this story contained a quote from Winowiecki about cutting commercial fishermen loose on whitefish, it has been undated to say lake trout.