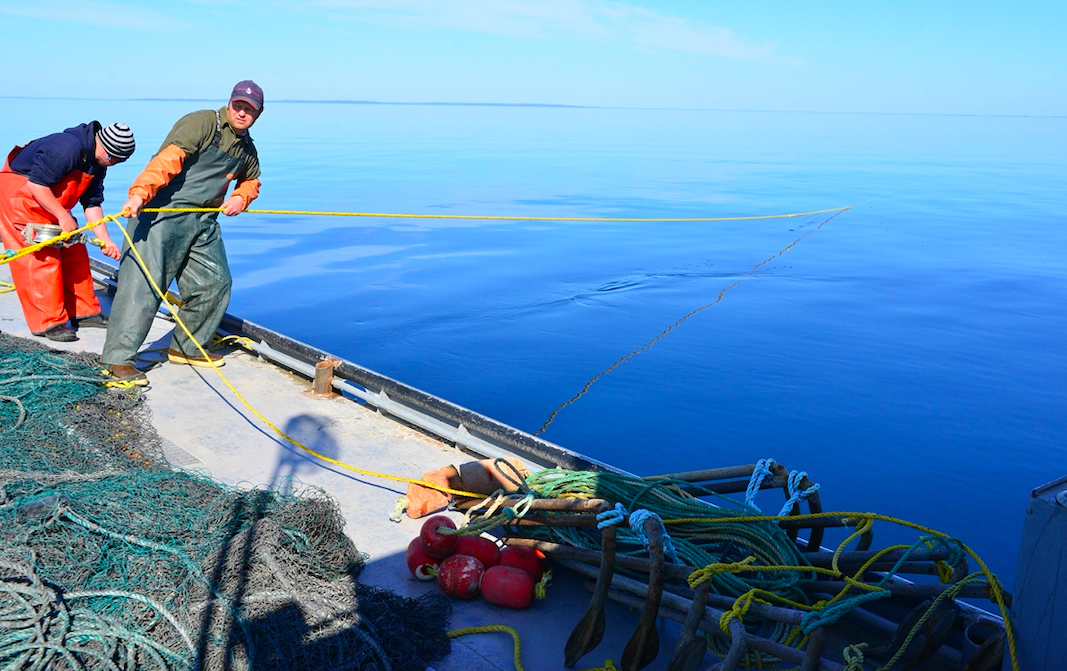 There's been a plot twist in the legal fight for Fishtown to keep its two-centuries-long heritage of commercial fishing in Lake Michigan unbroken.

Those following the saga know that Leland’s Fishtown Preservation Society (FPS), along with fellow members of the Michigan Fish Producers Association (MFPA) filed a class action lawsuit against the Michigan Department of Natural Resources (DNR) in December. In it, the MFPA alleges that the imposition of new rules under the DNR’s Fishing Order 243.21, which took effect January 8, was an attempt to punish commercial fishers for their opposition to a series of bills considered by the Michigan Legislature last year.

Fishing orders and licenses for 2020 (and prior to that), allowed fishing to a depth of 150 feet, and permitted fishing for whitefish in October in Lakes Huron, Michigan and Superior. But the new rules in Fishing Order 243.21 called for 80-foot depth limits for trap nets, and the closed season to now include both October and November for harvest of lake whitefish.

According to FPS board member Brian Price, who worked as a commercial fisher for 18 years, the MFPA did not see this coming. “Many commercial fishing license holders, including Joel Petersen who leases the Joy from FPS, flatly states that if the new rules stand, they won’t be able to stay in business with these vastly shortened seasons and depth restrictions."

But now, following the DNR Natural Resource Commission’s February 11 meeting, state-licensed commercial fishers have been issued a new notice — along with an amended Fisheries Order.

DNR Fisheries Division Biologist and Commercial Fish Program Specialist Thomas Goniea wrote: “…Our Director communicated that he is utilizing the authority provided under MCL 324.46701 to issue Fisheries Order 243.21A. This amended order will be effective on March 13th and will allow the continuation of state-licensed commercial fishing in the manner in which it was regulated in 2020.

According to a memo sent to DNR Director Daniel Eichinger prior to the February meeting, and signed by Fisheries Division Chief James Dexter, and other DNR officials, the fisheries division’s recommendation is to “continue to utilize FO-243.21A to clarify commercial fishing law for the better protection, preservation, maintenance, and harvesting of the fish.”

The memo also established that state-licensed commercial fishing is an important component of our state’s economic and cultural livelihoods and that the department has been actively trying to address the need for regulatory updates to commercial fishing for nearly a decade.

The full memo and updated Fisheries Order can be found on the Department of Natural Resources Commission’s website.

The amended Fisheries Order 243.21A will also be sent via certified mail to the commercial fisher licensees in the coming days.

Amanda Holmes, executive director of FPS tells the Leelanau Ticker there are still some question marks surrounding the immediate commercial fishing season ahead. “Though we have been notified via email that we’ll be able to fish this year and have been emailed a copy of Fisheries Order 243.21A, we are not clear yet on whether or not our quota will also be the same as in 2020,” she says.

And while the new Fisheries Order brings with it a temporary sigh of relief, she still has concerns for the future of Fishtown, and its ongoing legacy of Lake Michigan’s commercial fishing culture. “We are grateful that this eases our immediate concerns for 2021, but it does not change the underlying situation. We could get another Fisheries Order at any time that could rescind what has just been issued. Commercial fishermen in Leland and across the state still have no protection in law. Recent events have shown that we are not in agreement on what that means.”