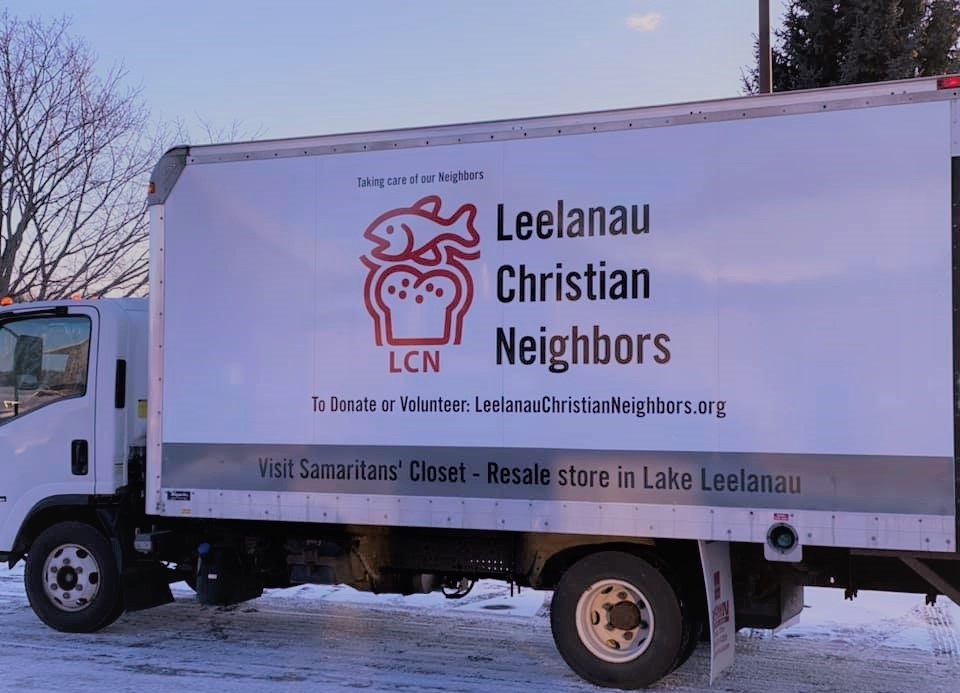 Is there actually homelessness in mostly rural Leelanau County? Though the county’s numbers don’t match those in neighboring Grand Traverse, the problems are still evident, yet they’re harder to see and more challenging to track.

“Leelanau is a tricky one, since homelessness in that county is often displaced due to lack of services and support in the county itself,” says Ashley Halladay-Schmandt, director of the Northwest Michigan Coalition to End Homelessness, adding that most individuals or families in need of shelter will gravitate toward Grand Traverse County.

The homelessness support system in Grand Traverse – which includes shelter resources like Safe Harbor, Goodwill Inn, and Pete’s Place – makes it easier for the Coalition and its partners to monitor homelessness in that county. Comparatively, Leelanau is a bit of a cipher – a place where it’s difficult to observe “literal homelessness,” in Halladay-Schmandt’s words.

Sharon Vreeland, who serves as coordinator for the Grand Traverse Community Collaborative and the Leelanau County Family Coordinating Council, notes that park rangers at Sleeping Bear Dunes National Lakeshore sometimes find homeless people camping in the park during warmer months.
But more predominantly, factors linked to homelessness like housing instability or limited access to affordable housing are clues pointing to a problem.

One challenge is classification. When the Coalition compiles homelessness counts across the 10 counties it serves (Antrim, Benzie, Charlevoix, Emmet, Grand Traverse, Kalkaska, Leelanau, Manistee, Missaukee, and Wexford), it breaks the numbers down into two categories. One category is “literally homeless,” which includes anyone living in a shelter, camping in the woods, or otherwise living without a home. The other category is “chronically homeless,” or folks who have been “literally homeless for long periods of time.” Overlooking the differences between short-term and long-term homelessness can risk understating the full scope of the problem. For instance, across Antrim, Benzie, Grand Traverse, Kalkaska, and Leelanau counties, the Coalition’s “chronically homeless” count for 2019 was 182; the “literally homeless” count for the same region was 988.

Leelanau also has another unique characteristic that can make accurate counts difficult to achieve.
“Leelanau has a culture of a small town really wrapping their arms around those in need and supporting their own,” Halladay-Schmandt says. “Most often, we don't see much street homelessness in Leelanau County, but we do see a lot of doubled-up situations, where folks will take in a neighbor or a young person who has left home. Families are staying with other families, sometimes in overcrowding situations, and are really trying to make it by banding together resources. None of these options are permanent, and really speak to the need for housing solutions that are affordable and equitable for all people in our communities.”

“Leelanau Christian Neighbors and the other pantries, they do a great job of serving the folks who live [in Leelanau],” says Val Stone, coordinator for the Northwest Food Coalition. “As we all know, the housing shortage and the unaffordable housing in all of our counties in northern Michigan is one of the biggest barriers that causes homelessness. All it takes is for a job to end – or, like what we've seen with the pandemic, for people to have less work hours – and then they can't make their rent and they lose their housing. Hopefully, food is not a big unmet need, because we do have the groups in Leelanau that are doing a good job.”

To illustrate the situation of housing affordability in Leelanau, Vreeland points to the ALICE Project (ALICE stands for “Asset Limited, Income Constrained, Employed”), a United Way effort intended to track people who have jobs but are struggling to make ends meet.

The most recent ALICE data for Leelanau County comes from 2017. At the time, 26 percent of Leelanau households fell into the ALICE category, defined as “households that earn more than the Federal Poverty Level, but less than the basic cost of living in the county.” Combining ALICE households and households living below the poverty level – which, in 2017 Leelanau, was seven percent – equals the total population struggling to afford basic needs. In total, the report indicated that just under a third of Leelanau County residents fell below this so-called “ALICE threshold.”

As part of the 2017 ALICE Report, United Way also included monthly “household survival budgets” for Leelanau, calculating the minimum amount of money a household would need to cover basic costs of living each year. Those minimum budgets came out to $22,176 for a single adult and $61,308 for a family consisting of two adults, one infant, and one preschooler. In these calculations, United Way used housing costs of $580 for a single adult and $820 for a family. The problem, Vreeland says, is that even those numbers might be unrealistic.

“I defy anyone to find single-person housing for $580 a month in Leelanau County,” Vreeland says. “I think the picture is a little more dire than the United Way report paints.”

Linda Szarkowski, market coordinator for the Leelanau Farmers Markets Association (LFMA) says those interested in being a vendor at any of the county’s five markets (Glen Arbor ...

The early bird…gets the surfboard? Those with eyes on a new bike, kayak, paddleboard, or surfboard for the coming summer season, might want to buy sooner rather ...

Give your kids good reason to relinquish that remote: The Glen Arbor Arts Center has temporarily turned its in-person After School Art workshops into a virtual, on-demand ...

Linda Szarkowski, market coordinator for the Leelanau Farmers Markets Association (LFMA) says those interested in being a ...

The early bird…gets the surfboard? Those with eyes on a new bike, kayak, paddleboard, or surfboard for ...

Give your kids good reason to relinquish that remote: The Glen Arbor Arts Center has temporarily turned ...