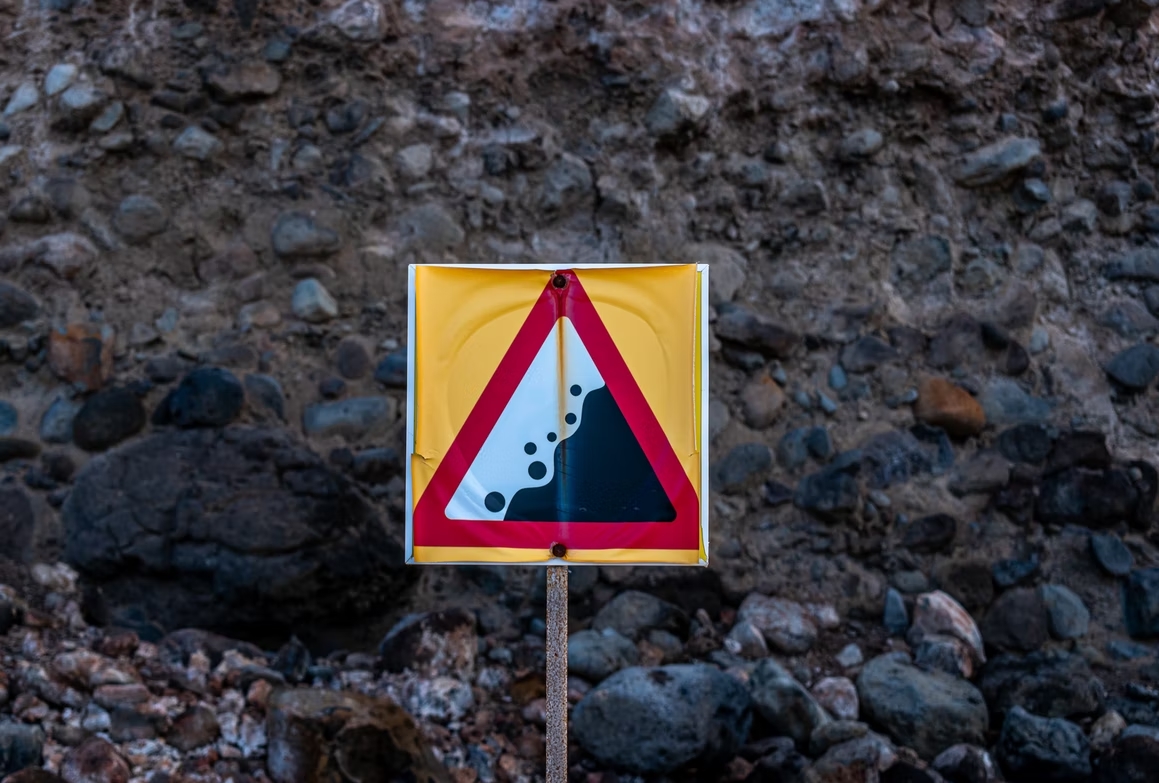 High water, low water, and erosion are seemingly always on the minds of waterfront property owners in Leelanau County. But sinkholes? That’s a new one.

A local landscaping company recently discovered a newly formed 30-foot gap in the earth while creating a new residential patio near the Clay Cliffs Natural Area in Leland. That sinkhole, in turn, created a small stream.

TruNorth Landscaping’s Heather Kortokrax says the company’s staff encountered what she describes as “basically a little river running through the property that did not exist before,” thanks to a “giant sinkhole” that had opened on the property.

The team stabilized the shoreline, and sinkholes remain rare, but The Michigan State University Extension does list several northern Michigan counties – including Leelanau and Grand Traverse – as at risk for sinkholes caused by underground springs. It classifies the risk level as “infrequent or likely infrequent.”

According to Doug Bonnell, TruNorth’s chief operating officer, the company was installing “a retaining wall and a bluestone terrace on the backside of a home” near Clay Cliffs when the sinkhole formed. “I want to say our finished product would have been about 50 to 60 feet from the edge of the bluff before the blowout occurred,” Bonnell tells the Leelanau Ticker. The sinkhole, he continues, opened up “probably 15 feet” from the edge of the patio/terrace space and created a 30-to 40-foot-wide gap in the earth, with a sizable stream of water flowing out from underground and down the bluff.

TruNorth called in the cavalry, including a team of environmental and geotechnical engineers and the Michigan Department of Environment, Great Lakes, and Energy (EGLE), which must approve any work along the lakeshore.

Bonnell says the geotechnical engineer was able to determine that there was an underground spring 10-12 feet down, and that the eventual cave-in was a product of elevated water levels in Lake Michigan over the past several years.

“Initially, because we are the landscaper, fingers were pointed at us,” Bonnell says. “But all of the engineers and geologists determined that the issue here was the fact that the bluff had been so beaten up from high water in 2019 and 2020. It had eroded so much that it was just a matter of time before this happened.”

High water has been a problem for Michigan shoreline communities lately. The problems have eased this year as lake levels have begun to recede, but many parts of the region are still dealing with the after-effects. On Old Mission Peninsula, for instance, Bluff Road has been closed since November 2019  because erosion has compromised its stability.

Bonnell says the conditions at the property near Clay Cliffs made it a natural danger zone for sinkhole activity. The high water led to more wave action hammering the bluff, which weakened its structural integrity. At the same time, a high water table and clay-heavy soils meant the property was saturated with water, which in turn fed the artesian springs and further jeopardized the stability of the land.

“If you go down on the beach and walk along the front of that bluff, you can see water seeping out of the face of the bluff,” Bonnell notes. “The geologist did numerous soil borings on this property, and he said that there is water virtually everywhere, all across the surface at variety of depths. So you could see that this was potentially going to be an issue.”

Luckily, there are two pieces of good news.

First, the TruNorth team and their consultants were able to stabilize this particular sinkhole, preventing further cave-ins of the bluff and protecting the client’s home. That process involved the installation of a 24-inch drain pipe to direct the flow of spring water down toward the lake, as well as erosion fabric and riprap rock to “pin” the soil in place. Bonnell calls this fix “temporary,” with a more permanent solution likely to involve diverting the spring water to a concrete basin that would allow for even dispersal out into Lake Michigan.

Second, the erosion problem doesn’t appear to be widespread. Representatives from the Leelanau Conservancy – which protects and manages the nearby Clay Cliffs Natural Area and other nature preserves throughout the county – say they haven’t heard about any sinkhole issues in or around Clay Cliffs or at any of their other properties.

While Bonnell says TruNorth regularly encounters underground springs in the course of its work throughout Leelanau County, he also notes that the conditions in the Clay Cliffs area are the exception rather than the rule. He is hopeful that the incident near Clay Cliffs will prove to be “an extreme case,” rather than a harbinger of things to come. What happened here, I believe, is pretty specific to that area, and it has to do with the clay,” he explains. “Those water aquifers just kind of ride between the clay in the sand. It’s an unusual phenomenon, and doesn't happen very often.” Still, he notes, “when you walk down on the shoreline there, you can see the water just seeping out in specific areas. So, you have to ask, ‘Are there going to be other potential areas [for sinkholes to form]?’”