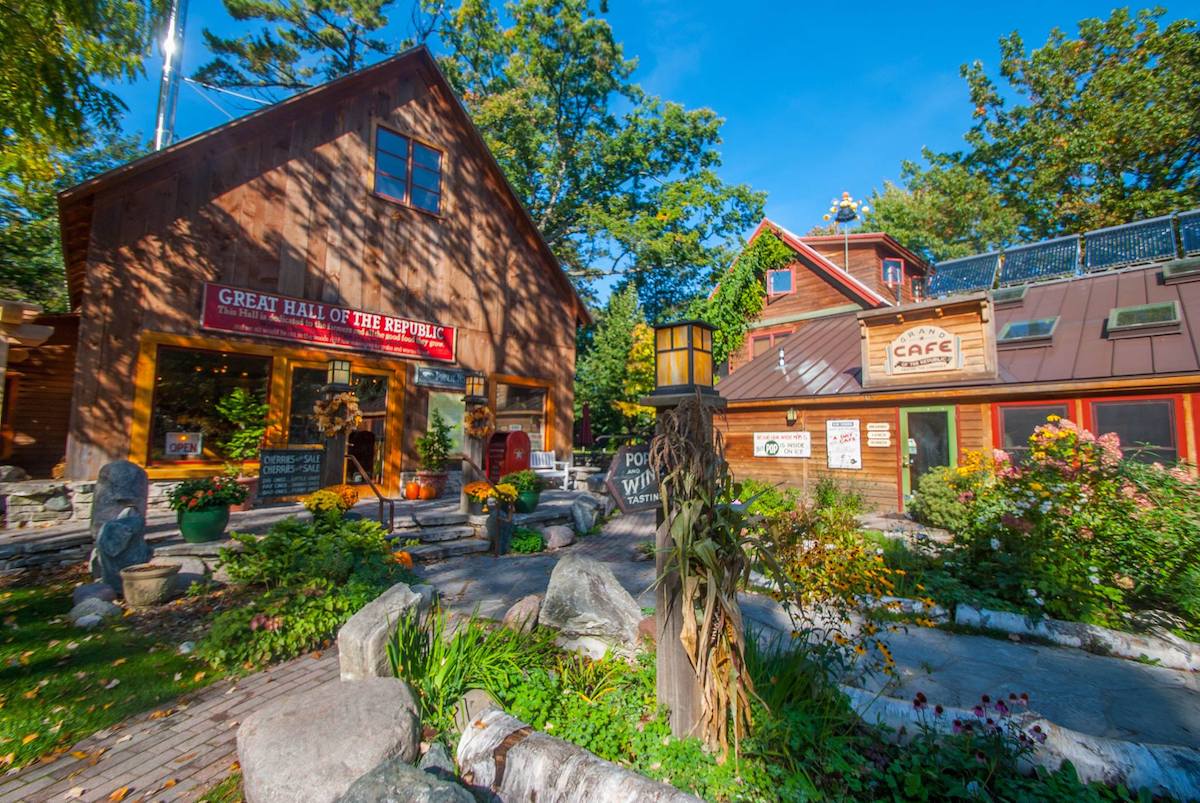 In this week’s issue of Northern Express, sister publication to the Leelanau Ticker, editor Jillian Manning checks in with community builder, yogi, and woman of action Sara Harding. Here's more:

Harding is perhaps best known in NoMi for her role as the studio director of Yen Yoga & Fitness (which is now in their new digs at the Delamar Traverse City), but she’s also a curator and founder of TEDx Traverse City and a board member for Traverse Connect, TART Trails, and the Munson Medical Center Community Council.

Oh, and she was just named the VP of climate and community impact at Cherry Republic.

When asked how she manages to do it all, Harding says, “I never feel overwhelmed because I get to work with such amazing people in the community. I’m always very energized and excited about the opportunities.”

That energy will come in handy in her new role with Cherry Republic, whose Glen Arbor flagship store and mail-order headquarters has seen five expansions since the late 1980s (a.k.a the car trunk and garage days) and now also has storefronts in Charlevoix, Holland, Frankenmuth, Ann Arbor, and Traverse City.

Harding is the first at the company to bear this VP title. From the sounds of things, it’s a big job. Wearing one hat—let’s call it a fedora—Harding leads Cherry Republic’s newly-formed Impact Department, which distributes the 1 to 2 percent of gross revenues the company gives away each year.

Switch over to a newsboy cap, and Harding engages with statewide organizations, lobbyists, and leaders to advance sustainable climate policy. Change yet again to a baseball hat, and she’s out in the community making connections and sharing the joy of cherries.

Harding has only been in the job since July, and already she has some major projects to tackle. First up is Cherry Republic’s impending move for its Traverse City storefront. The company will be renovating the Arcade building just down the block for a new retail space, offices, and even employee housing. Harding has experience building out stores and business locations, but it’s the housing component that gets her most fired up.

Housing crosses categories in Harding’s role, connecting both her community efforts and her work in policy. She isn’t just advocating for attainable living for staff members, but also for politicians to make real change across a broad scope of topics.

“We want to continue to be focused—like we have for the last few years—on climate change,” Harding explains. “How do we promote clean global energy? How do we protect our water? We’ve been really involved with the Michigan League of Conservation Voters and the Great Lakes Business Network.”

The former is a nonpartisan political organization dedicated to protecting land, air, and water in Michigan. MLCV and Cherry Republic teamed up last month to host Michigan Attorney General Dana Nessel to talk about fresh water and the Enbridge Line 5 pipeline. Harding says Cherry Republic looks for opportunities to support candidates who are running for office on platforms that align with the company’s values on climate change.

The Great Lakes Business Network, on the other hand, is a group of nearly 200 business owners across the state who are working toward Great Lakes protection. (You’ll recognize other Up North entities from their roster like M22, Great Lakes Potato Chips, Crystal Mountain, Shepler’s Ferry, Short’s Brewing Company, American Spoon, and others.)

Because politics often moves like molasses, Harding partners with GLBN members to encourage fellow business leaders to take a proactive approach to the major hurdles affecting local communities and our environment. Harding says she asks herself not just “How can we amplify what we’re doing?” but also “How else can I get other organizations to align?”

One place where Cherry Republic appears to be leading by example is in their giving program. Nearly 20 years ago, after spending a weekend with Patagonia co-founder Yvon Choinard, Cherry Republic president Bob Sutherland committed Cherry Republic to giving 1 percent of all sales to environmental and community groups. Over the years, this program has allowed Cherry Republic to give more than $2 million dollars to groups protecting Michigan land, air and water. These days, the company donates up to 2 percent of their earnings—roughly $500,000, according to a recent press release—to groups like Friends of Sleeping Bear, Circle of Blue, Crosshatch Center for Art & Ecology, For Love of Water (FLOW), the Inland Seas Education Association, and others.

“What’s been great is that I get to meet and talk to all of those organizations that we have helped in the past,” Harding says. “Right now I can be with all of these amazing people in our communities that are so mission driven for their organization and find out how has [Cherry Republic] helped them in the past? How can we help them going forward?”

Harding will also be heading up Cherry Republic’s 31 Days of Giving in December, where the company donates to a different nonprofit each day. (Yep, that’s 31 organizations in the communities where Cherry Republic operates.)

“Every day is so much fun for me, because…I get to not only see all of our customers that are buying our products that are helping contribute to that 1 to 2 percent that we give away, but then I get to meet with all these organizations that get to benefit from it,” Harding says.

Hear more from Harding in the latest Northern Express — it's the Fall Restaurant Issue, which also inlcudes a spotlight on Leelanau County newcomer The Burrow's West Coast vibe on our Third Coast.