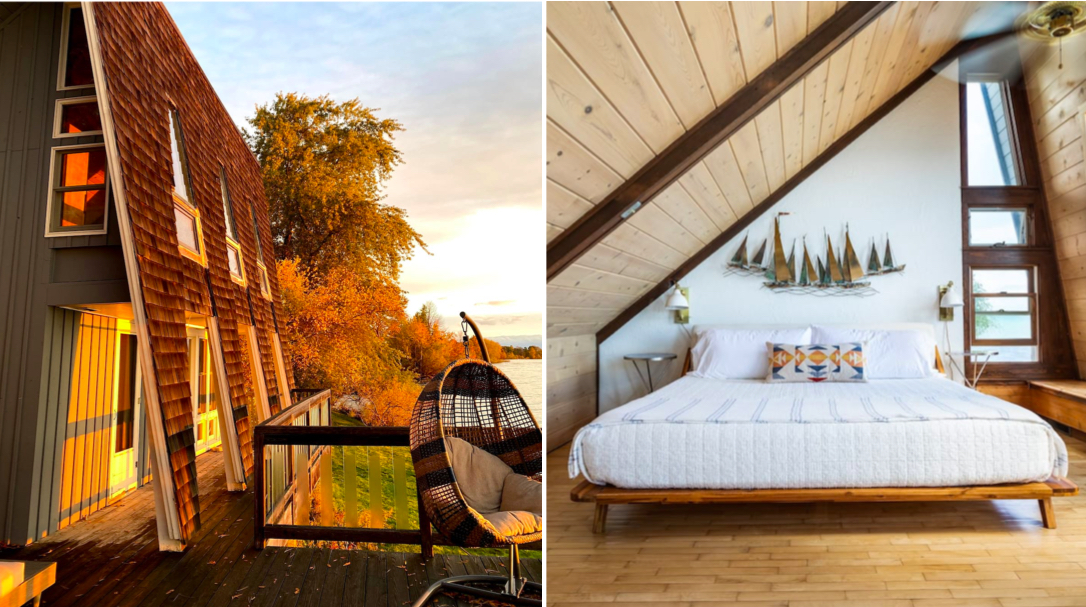 Vacationers have rented bayfront cottages and lake homes for a century in Leelanau County. Currently some villages and townships have short-term rental ordinances, while others are more relaxed or have yet to address the issue.

Yet the short-term rental debate has heated up, due to the lack of year-round housing and platforms like Airbnb and VRBO, which make it easy for property owners to advertise homes as vacation rentals. And now, proposed state legislation could unravel all that’s been done and preempt local short-term rental ordinances. House Bill 4722 passed the House 55-48 after some late-night wrangling and an unexpected vote Oct. 27.

Like Elmwood Township, the Village of Suttons Bay, Suttons Bay Township, Village of Northport, Bingham Township, Empire Township, Leelanau Township, and Leland Township each have short-term rental ordinances in place, while others have ordinances specific to Bed and Breakfasts and tourist homes. Aspire North Realtors tracks this info here.

“We’ve worked really, really hard to try to come up with a reasonable solution, so it would be disappointing if all of that work was for naught,” he says.

Proponents of House Bill 4722, now headed to the Senate and the Committee on Regulatory Reform, say it intends to protects an owner’s right to rent without burdensome regulations. Both the Michigan Realtors, an advocacy association for Michigan’s real estate professionals, and the Mackinac Center for Public Policy, a free-market think tank, support the legislation. Opponents say it would open the floodgates for short-term rentals and allow them to operate unfettered in communities across the state.

As a former short-term rental owner in Mt. Pleasant, George Brittain, who now co-owns Anchor Inn on West Bay with his wife, sees both sides of the issue. He believes short-term rentals should be regulated by local authorities but not outright banned.

Brittain, an avid Airbnb renter himself, says short-term rentals offer a different product to vacationers versus traditional hotels and inns. Most vacation homes allow families and larger groups to stay together. “They are offering something that hotels in the area, even like ours, cannot offer,” he says. “It’s a different experience and it comes at a different price point.”

Local officials and groups like Michigan Municipal League, which opposes the bill, have long argued that too many short-term rentals in a community can erode the character of neighborhoods and are best regulated at the local level. Besides noise, trash, and nuisance complaints, short-term rentals take away available housing for year-round residents.

The lack of affordable housing, especially for service-industry and low-wage workers, concerns Yarrow Brown, executive director of Housing North. “We are following it and we are hugely concerned about this bill,” Brown says.

The nonprofit organization, serving 10 counties in the region, advocates for policies that support and incentivize local housing solutions, and worked on several bipartisan legislative initiatives through the statewide Housing Michigan Coalition.

HB 4722 wasn’t one of them, and Brown believes the bill will compound the region’s current housing crisis. She notes that Leelanau County also has the highest percentage of ALICE (Asset Limited, Income Constrained, Employed) households per population in the 10 neighboring counties. (Leelanau has a striking 37 percent of ALICE households; with the state average at 25 percent.)

Says Brown, “We really believe in the local units of government’s ability to make these decisions. The short-term rental bill would really impact a lot of the work that has already been done.”

For example, the bill exempts short-term rentals from being subject to a special-use or conditional-use permit, which a handful of Leelanau villages and several townships now have in place. It also specifies that a short-term rental is a residential, not a commercial, use of property and should be allowed in all residential zones.

Local cities and townships can still enforce rules around noise, trash, traffic, inspections, nuisances, and public health and safety. In addition, the bill says local governments can limit the number of rental properties a host owns to two, in an effort to prevent outside investors and large companies from buying up multiple properties.

Another sticking point relates to the number of short-term rentals. Increasing that to 30 percent would cut into an already short supply of homes for local residents. “As everyone is aware, trying to buy a house for anyone is difficult,” Shaw says.

Tim Schaub, broker/owner of Schaub Team Premier Realty, says the proposed legislation allowing more short-term rentals could potentially drive up prices and increase competition for homes, especially if investors or corporations move in. “There is such a shortage or low inventory of homes, especially starter homes for younger families and first-time homebuyers,” he says.

Schaub believes most locals favor local ordinances on short-term rentals. “I can see both sides of it,” he says. “It sure seems like most of the people I know, most of my clients, would like to see local regulation, so it will be interesting to see where it goes.”

In the meantime, Elmwood Township opened applications Nov. 8 for property owners to register their rental with the township. “We had 67 people show up the first day to fill out applications,” shares Shaw. Still, he isn’t overly concerned about an influx of short-term rentals if the bill passes, saying supply and demand would dictate how many the region could support. “If they’re available everywhere, they become pretty cheap,” he notes.

Still, he would prefer the township regulate short-term rentals. “I think we all feel that way in our townships and in the cities. We’re all different and have different needs when it comes to zoning.”

Brittain, too, isn’t worried about short-term rentals saturating the market or even taking away from his business as the owner of a small inn. He also says it can be a way for young couples to buy a home and subsidize their mortgage by renting it out on weekends or for special events. “I don’t think this will open up the floodgates for big investors to start coming in and buying up all the homes,” he says. “A lot of homes don’t pencil out to be a good short-term rental.”