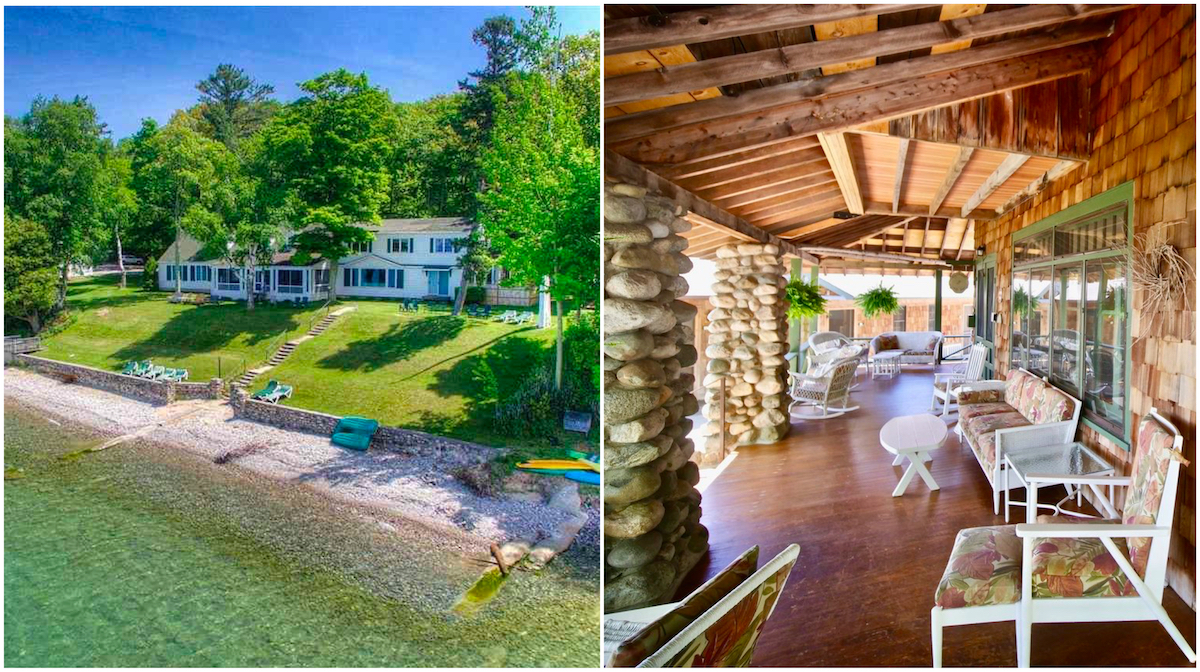 Your Chance To Own an Iconic Leelanau Resort

Two classic Leelanau lodges are for sale right now: the Jolli-Lodge on Lake Michigan, which is experiencing a flurry of interest after a $1.3 million price drop, and the Whaleback Inn on Lake Leelanau, on the public market for the first time in 28 years. It’s not a lukewarm economy or lack of bookings that prompted the timing of these rare real estate opportunities; in fact quite the contrary.

Drew Warner, who owns the Whaleback Inn in Leland with his wife Nichole Warner, tells the Leelanau Ticker, “We are on track to beat June 2019, in terms of revenue and occupancy, despite COVID-19. We are seeing spur-of-the-moment bookings and people keeping plans made eight months ago. People have gained more confidence with regional travel and a drivable destination is most desirable, from what I can see.”

“We have had the busiest June in our history,” says Psenka, who operates the 1920s-era Jolli-Lodge with her husband Greg Jolliffe, who grew up on the property and ran it alongside his parents for decades. “We opened just one week later than we had intended, to so much pent up travel energy, that we are 100 percent booked. Everything cracked open at once.”

Jolli-Lodge listing agent Elizabeth Hunter, of Coldwell Banker Schmidt in Traverse City, says the choice to sell the property at 29 North Manitou Trail has not been an easy one for the Jolliffes. “It’s been in the family since 1956, where generations have grown up. There is an attachment that is undeniable. Although it has been on the market several times, and at a much higher price point, there were many occasions when they considered taking it off the market. The thought of letting it go was difficult to imagine.”

She adds that the recent decision to reduce the price was made because “new adventures await the family, and the time finally feels right for someone else to enjoy this place as they have.”

Psenka says the fact that the property’s price has danced from $10.2 million (when it was first listed summer of 2015) to now $5.7 million is due in part to the fact that there is “nothing to compare it to.”

“It is so unusual to find a piece of lakefront property of this size in Leelanau County — 705 feet of beach frontage on Good Harbor Bay,” adds Hunter. “The privacy is unlike most properties on the water where your neighbor is not only visible, but within earshot.”

The 16-acre Jolli-Lodge parcel comes with a main house and lodge perched on the edge of Lake Michigan, with 7 additional cottages, a tennis court, a large barn — and a rich history. Ruth Jolliffe, Greg’s 93-year-old mother, worked and lived on the property until recently. She arrived at the resort in the mid 1950s when she and her husband Keith Jolliffe began running it alongside his parents. Psenka says Ruth used to serve three meals a day at the lodge and do all the laundry on-site.

Author Jim Harrison famously rented Room 1 in the main lodge, where he stayed until he had completed Legends of the Fall.

Says Psenka, “People compare the buildings and the property to [the film] Dirty Dancing. It has a really nostalgic, vintage quality that pulls on people’s heartstrings.”

“It’s been really lovely,” she says of the relief and happiness guests have voiced upon arriving to the cottages they have rented the same week every year, in some cases for over five decades. “I took a video the other day of kids on the paddle boats, other kids running on beach and parents having a cocktail up on the hill. Those 20 seconds felt so sweet and so normal. The Jolli-Lodge has somehow stayed the same through this.”

Psenka says even with a sale, they will honor this season’s reservations. There is hope for the Jolliffes (and their longtime guests) that it will live on as a lodge.

“We originally anticipated that many buyers would be interested in purchasing for personal use,” says Hunter.  “Much to our surprise the interested buyers have been almost exclusively interested in continuing to operate it as a lodge, which the guests are thrilled about.”

But Hunter says they are definitely not limiting their options in potential buyers. “My genuine hope is to find a buyer that feels a connection to a property. It would also be a really wonderful place for a private residence and a family to start making their own memories.”

Just up M-22 at 1755 North Manitou Trail, the five-acre Whaleback Inn property is listed at $3.6 million. The parcel has 200 feet of private across-the-road frontage on North Lake Leelanau, and five cedar shake buildings that make up over 10,000 square feet of guest area and innkeeper’s quarters. The Warners have been owners of the Whaleback Inn since late July of 2018, after Drew made a cold call to the then-owners, sat down over coffee, and made a deal. It had been in the same family for almost three decades. “The first time we came up to the Whaleback to meet the previous owners, Scott and Tammie Koehler, we were instantly struck by the views and the grounds as well as the iconic 1906 wrap-around porch,” recalls Warner. “Scott and Tammie were the kindest, hardest working people we have had the privilege of meeting. The guests all loved them. We trained for 6 days before they moved downstate.”

Warner, who is also the listing agent for the property with Blue Lakes Real Estate Group, Key Realty One in Traverse City, tells the Leelanau Ticker about the couple’s recent decision to put the inn on the market: “We like the process and excitement of improving things and seeing the difference afterward — we have had Airbnb units in Traverse City, long term rentals and a couple of flips prior to purchasing the Whaleback. It is fun to imagine things the way you want to see them and then do the work and get to the end result. It’s our nature to fix something up and move to a different project.”

The Warners live within 10 minutes of the inn but live-in innkeepers run the day to day. “We were the first to manage it from off-site, as we live about 7 miles away,” he explains. “By hiring on-site managers, it has allowed us to have more balance with our family while still being involved in the business as it grows and transforms.”

The couple poured energy and resources into improvements, running the gamut from a state-of-the-art booking system to new mechanicals, septic, electric, boiler system and a complete rebrand and marketing effort. Warner says revenue increased 12 percent since they took ownership, despite changing the season from year-round to being open only mid-April through mid-November.

He says, “the property really could go to live-in owner/operators or investors who hire good management and operate it as a profitable hotel.”

Warner adds, “The zoning is residential-agricultural, and the Whaleback is grandfathered into its current use as a hotel. Currently only about 1/3 of the property is being utilized. One area we see as a simple addition is more dock space and boat slip rentals as well as pontoon rentals to emphasize the waterfront. If we hold onto it that may be a direction we go. And if a neighboring property ever goes up for sale, we would also consider purchasing it, connecting the two and looking at events as a potential option for extending the season.”

He says he and Nichole would be on board with training “if we found the right people. We would not sell it to anyone unless we knew they were going to care for it with love and uphold the legacy of the property.”

Meanwhile, at the Jolli-Lodge, Hunter is squeezing in showings between new lodgers arriving. Says Hunter, “Although I'm not at liberty to discuss potential offers, we have had a great deal of activity, especially since the price reduction. Interested parties that looked last summer have circled back around and we have several new buyers that appear to be very excited. The feedback has been very positive, and we have more showings scheduled.”

Says Psenka, about the recent hot interest after five years on (and off) the market: “I think something’s been triggered in our collective consciousness about what’s important to us. People are feeling more inclined to treasure the present moment and what is good and what is lasting. That might be motivating some of the interest.” 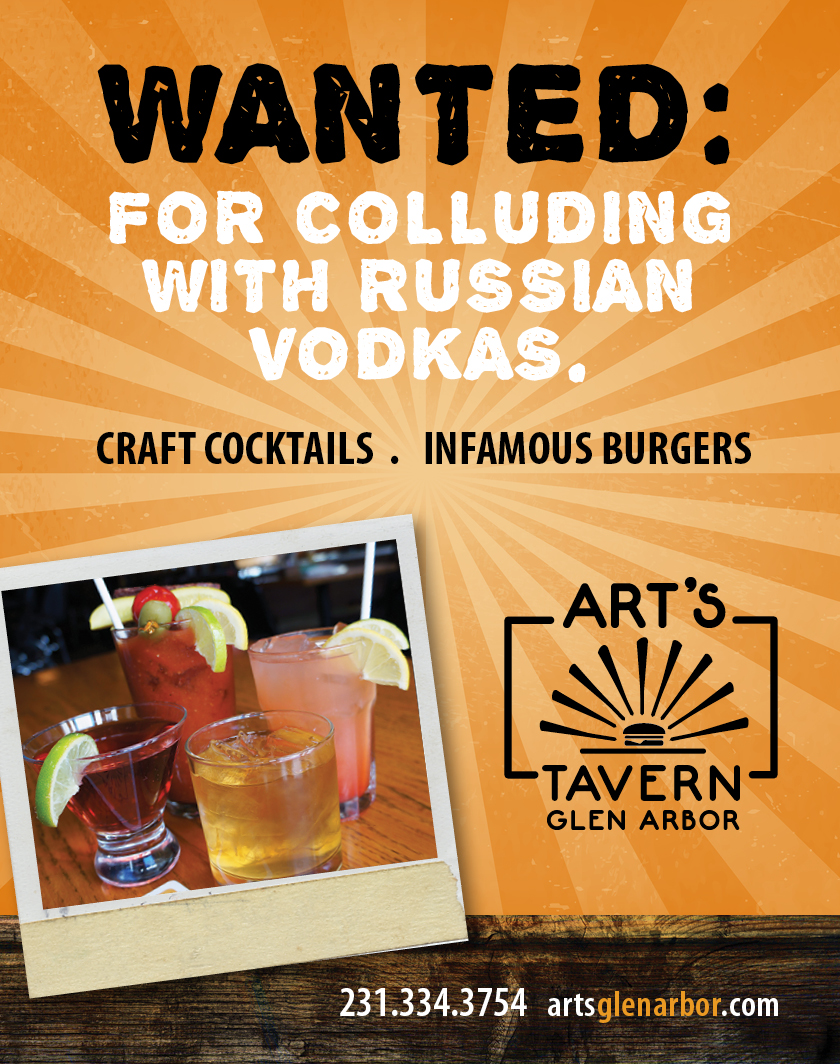 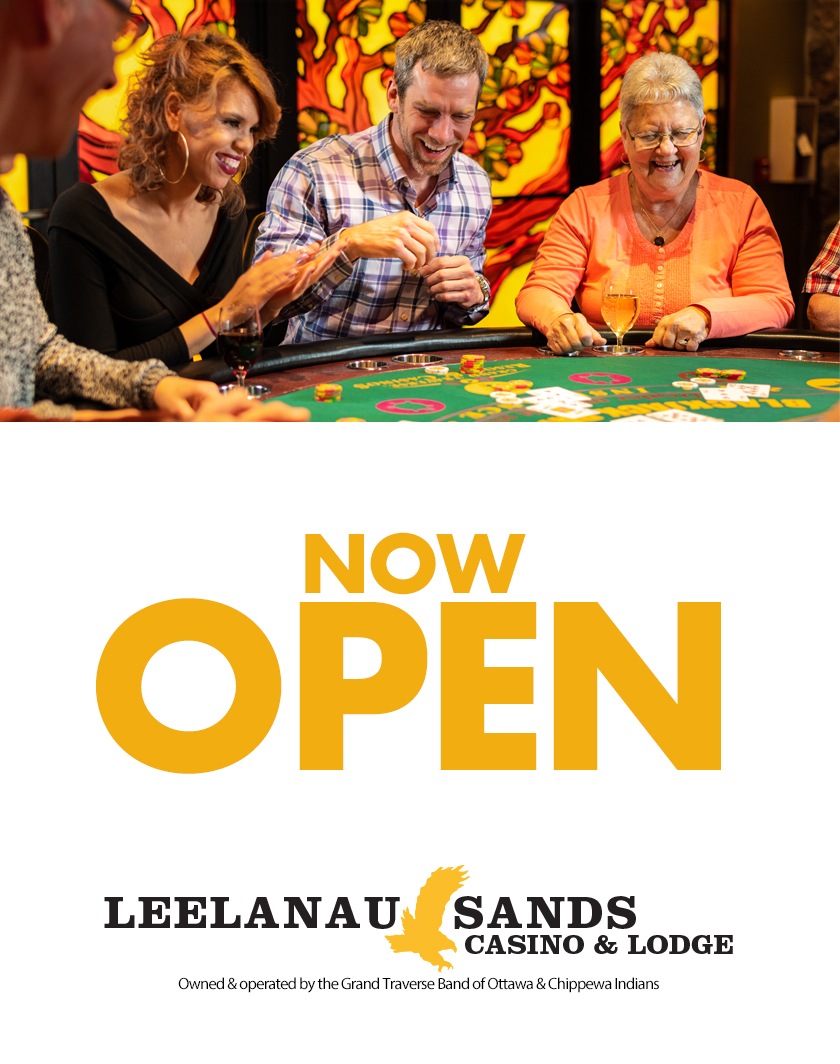 Geoffrey Peckham and Patricia Melzer, residents of the famed modernist architectural site in Leland called Tusen Takk, say the new artist’s space across the road from their ...

For 43 years, a series of Dunesmobiles carried joy riders across the sand at the Sleeping Bear Dunes National Lakeshore. Imagine rocketing across those monuments of nature, ...

Catering jobs this summer all but vanished for these Leelanau County entrepreneurs due to COVID-19, so what did they do? Found a food truck and the inner ...

For 43 years, a series of Dunesmobiles carried joy riders across the sand at the Sleeping Bear ...

Catering jobs this summer all but vanished for these Leelanau County entrepreneurs due to COVID-19, so what ...