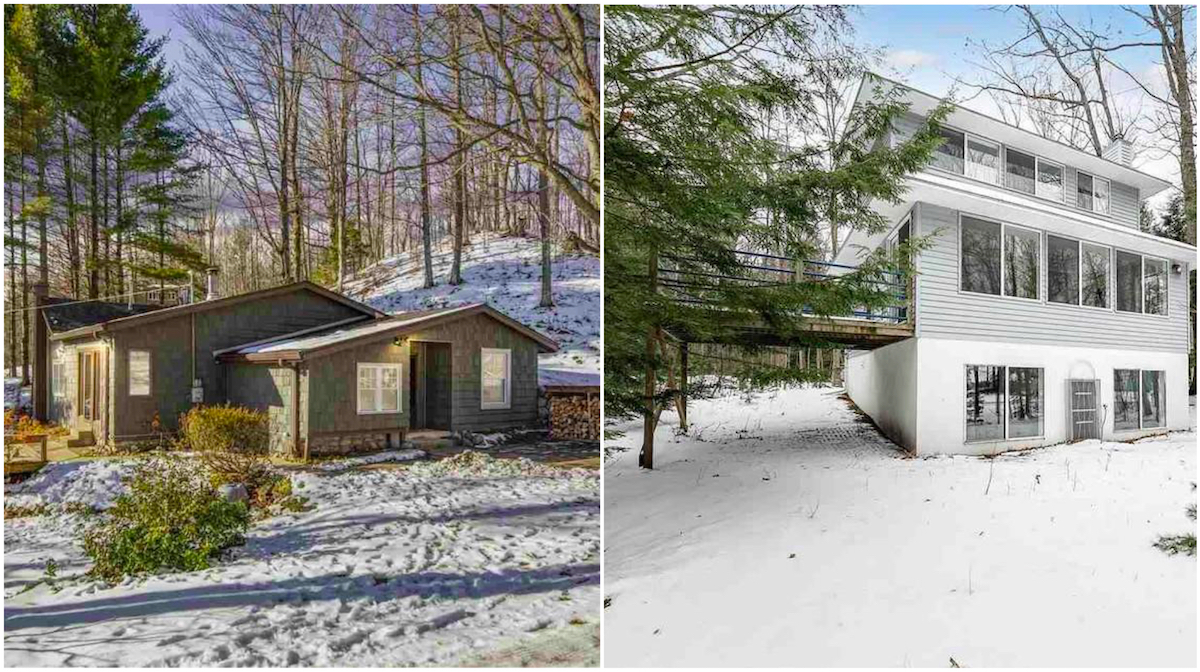 A ‘Rocking,’ Record-Breaking Year For Leelanau Real Estate, With No Signs Of Quieting

Fresh off a record-setting year for real estate sales in Leelanau County, the market — now just weeks in the new year — doesn’t appear to be skipping a beat. The Leelanau Ticker checks in with a few local agents on just how off-the-charts 2020 was, and what’s to come in 2021.

“It was a phenomenal year for real estate,” says Jonathan Oltersdorf of Oltersdorf Realty in Suttons Bay.

“I tell you what, it was rocking,” echoes Rob Serbin of Serbin Real Estate in Glen Arbor.

Ultimately, Leelanau County saw a record 564 residential units sold for a total of $285,544,362. The previous highs were 498 units in 2017 and last year’s $219,403,347. This was despite the shutdown of business just as things would normally be starting to heat up, and a record low for real estate numbers in May. The bounce-back of the real estate market in early summer opened the floodgates.

“In March we shut down, and said, ‘What are we going to do?’ A week in, the phones started to ring and didn’t stop,” says Serbin. “It’s been that way, even through the holidays. I’m blown away by it.”

In December alone, there were 53 residential sales for $29,300,519, both record highs for what is traditionally one of the slowest months for real estate.

So, what of 2021? Given continuing high demand and low interest rates, the feeling is that the trend will continue. “The momentum will keep going unless something catastrophic happens,” says Serbin.

Case in point: Serbin says a new listing for a three-bedroom home just over 1,000 square feet in Maple City came on the market exactly one week ago this Friday, during what’s typically a quiet January market.

His office had two showings, and by Monday of this week, there were at least a half-dozen offers.

Dick Huey of Dick Huey Real Estate in Traverse City and his client were among them. “We offered $11,100 over the list price on a $299,900 property 5 hours after it came on the market,” he says. “In half a day there were seven offers. The listing agent said they would collect offers until Monday noon. We increased our offer to $35,100 over the list price shortly before noon.”

The punchline? “We didn’t get it,” says Huey.

“When my client and I had this experience out in the county, I decided to take a look at Leelanau and Grand Traverse County properties in her price range — $200,000 to $350,000 — that sold within 30 days since July 1 of 2020. It’s a limited snapshot of what’s happening in the county, but the interesting thing,” Huey says, “is that in both Leelanau and Grand Traverse, 50 percent of the properties are selling above list price. Two thirds of the time they are 1 to 5 percent above list price.”

Demand is at an all-time high, says Tim Schaub, of Schaub Team Premier Realty, which specializes in Leelanau properties, as the company’s 2020 total sales volume reported this week attests: over $60.3 million, topping its best year (2019) by a staggering 45 percent.

And certainly, the pandemic itself — leading to a mass migration to home offices — has been a prime reason people flocked to buy and live in their personal paradise. That’s especially true for those longing to leave the city, Schaub says, including young people who left the area where they grew up to find their fortunes elsewhere. “We’re seeing more boomerang in the last year,” he tells the Leelanau Ticker.

Huey adds that beyond the short-term spikes driven by COVID-19, there are factors in play that will affect our local real estate market for some time to come. For one, both he and Schaub cite the increased presence of strong cell phone signals and high-speed internet even in remote parts of the peninsula.

And now several months into the pandemic, says Huey, “nationally, big companies are seeing people are more productive working from home. Many of the big companies are now saying we are never going back to the old system.”

And looking long-term, he says, “because of climate change, areas of the country becoming unlivable, with horrible fires, the ocean coasts flooding, and hurricanes becoming more violent. As these areas are becoming less desirable, it will create a resettlement of the country.”

He adds, “It’s typical that the real estate market flexes up and down, and after this extremely hot market we just experienced, one might think it will slow down. Because of those reasons, I don’t think it will.”

So, heading into 2021, what’s the hottest micro-market within Leelanau’s already hot market? For the past several years, one phrase heard over and over in real estate was “walkable communities.” People wanted to be close to where the action was. Waterfront property a distance from downtowns was suddenly not as desirable as it once had been. Now, everything is popular. “A certain buyer wants the community connection, vibrant, walkable. Other people value their privacy. There’s a big shortage of waterfront — it’s the fastest-selling segment. We have the best of [all] worlds here,” says Oltersdorf.

Indeed, after several years of stagnant sales, vacant land came alive in 2020. Region-wide, there were 1,237 sales of vacant land last year, a jump of more than 40 percent.

Says Huey, who specializes in waterfront residential property and vacant land, anywhere in the county is a hot commodity right now. “It doesn’t have to be waterfront. And with waterfront, we are now seeing properties most locals previously didn’t think were buildable sites — that’s all that’s left.”

Serbin concurs. Even with construction costs continuing to increase, less inventory means people who can’t find a home to buy are looking for a piece of paradise anywhere on the peninsula on which they can build.

Ross Boissoneau and Emily Tyra contributed to this report.

Photo: These newly listed properties in Northport and Maple City both went under contract within days of hitting the market.