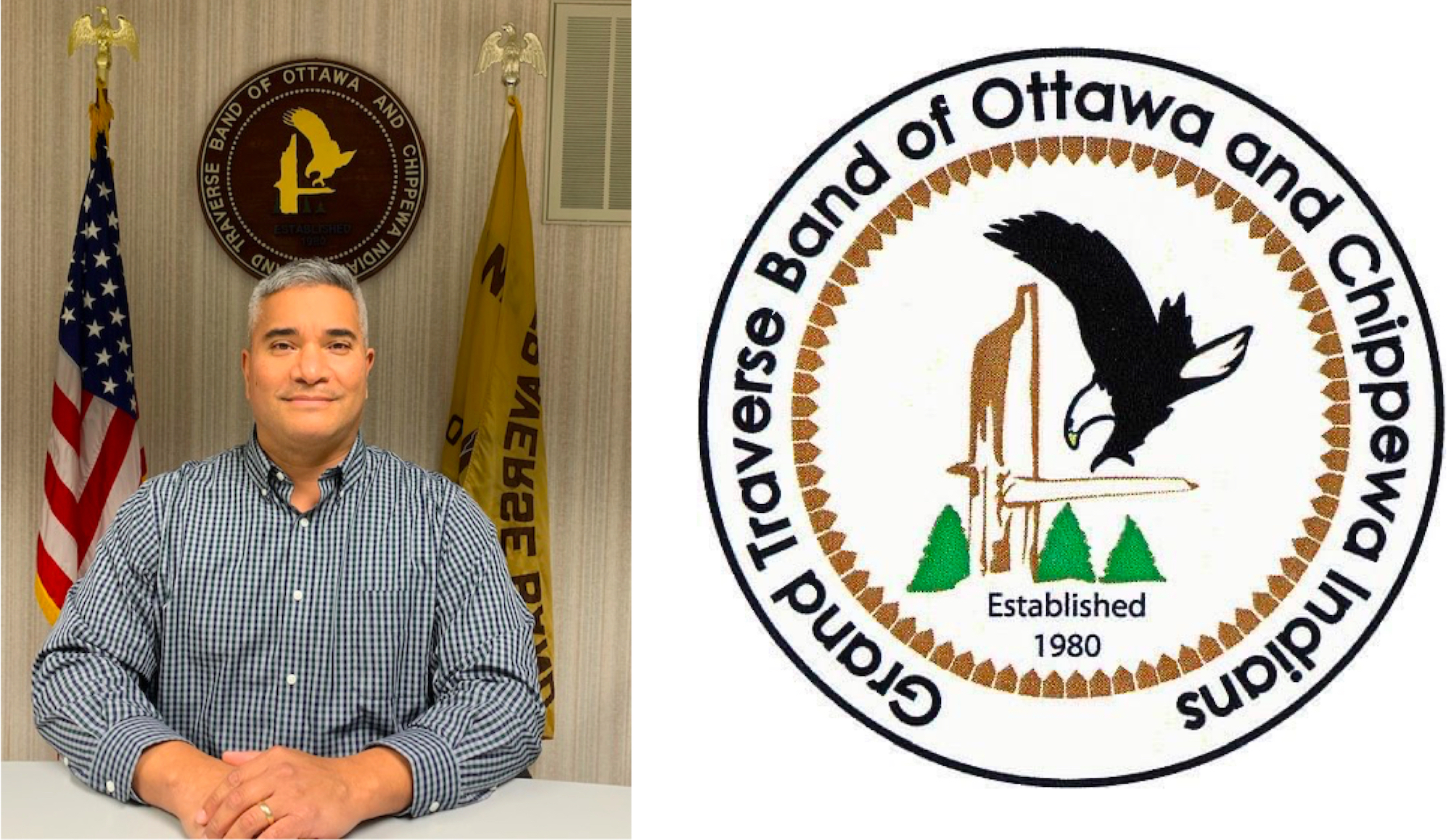 It’s been a big year for Leelanau County’s David Arroyo.

On August 14, the Suttons Bay resident was sworn in as the new chairman of the Grand Traverse Band of Ottawa and Chippewa Indians (GTB), following an election process that was delayed months due to COVID-19. Arroyo, who has served as a member of the seven-seat GTB Tribal Council since 2004, is taking on leadership of the tribe just as it enters its fifth decade as a federally recognized sovereign nation. The Leelanau Ticker caught up with Arroyo to learn about his first two months in office, his goals for the future, and more.

Leelanau Ticker: You've been in office for just over two months. One highlight so far?
Arroyo: We approved the government budget within four weeks, which is something that normally takes us a solid three months. Because of COVID and the election delay, we didn't have as much time as we normally would. So that was rewarding, and it really took a load off [the Council] because we were dealing with that process and with running the government at the same time – and doing it all through teleconferencing.

Leelanau Ticker: GTB has been aiming — for several years — to expand its commercial operations into new sectors beyond gaming. How high does economic diversification rank on your priorities list?
Arroyo: I’ve always wanted to make sure we’re moving in a direction that is going to benefit the membership. I think right now, with COVID, we’ve learned that the source of our revenues is the gaming operation, and we had that closed down for two and a half months for the safety of our employees and the community. So that was a wake-up call, and I think we’ve learned with this pandemic that, in addition to the hospitality and gaming operation, we’re going to have to find something that, while maybe not pandemic-proof, will help us if or when this happens again.

Leelanau Ticker: The casinos — Leelanau Sands Casino and Turtle Creek Casino were able to come on board recently with sports betting. Can you share an update on how gaming revenues have been this year, overall?
Arroyo: We decided [when we reopened the casinos] to stay around 50 percent of occupancy, and we try to maintain that as a guideline. So, with that, our revenues are not where they could be. But we’re just trying to make sure that we keep our employees and the community safe. So as of right now, we’re still trying to maintain that 50 percent level for both properties, and our revenues are going to reflect that. [Sports betting] is going well for us, given the fact that sports schedules aren't where they could be yet, either.

Leelanau Ticker:  When you think big picture for the Grand Traverse Band, what's most important?
Arroyo: I think my number one goal is making sure that, no matter what the environment is and no matter what is happening in the world, we’re able to continue to offer services [to our members] and to maintain who we are as a sovereign nation. I think we need to make sure we keep our cultural identity and language intact. I think that’s important for Anishinaabek – that’s who we are, Ottawa and Chippewa – that we keep our language alive. We’re very lucky: we have two fluent language instructors working for us, Patricia Osawamick and Isadore Toulouse, and I hope at some point soon we can create programs where we can honestly say: “We are creating new language speakers.”

We are very fortunate that 40 years ago, a group of our people took it upon themselves to start the process to obtain federal recognition [for our tribe as a sovereign nation]. And they did that by going to Washington, D.C. in a car, all by themselves. It was complex, and it was a mountain to climb, but they did that for us because of what was taken from our people. I think it’s the responsibility of each generation to try to do better than the previous. I believe that we have to continue what they started, and to make sure that we keep things going so that those who follow us won’t have to reinvent the wheel.

Leelanau Ticker: You recently gave the opening remarks in a virtual panel for Indigenous Peoples’ Day, aimed in part at helping people understand the area’s native people and their history. What is your viewpoint about helping people in the northern Michigan community understand GTB’s legacy?
Arroyo: One thing I’ve always liked was history. And that's one thing we have a good deal of to share. So I’m hoping [the Indigenous Peoples’ Day forum] is the beginning of a maybe a series, where we're able to share our history with those who want to learn it. We have a tribal member, his name is Matthew Fletcher, and he’s the head of the Indian law program down at Michigan State. He wrote a book in 2012 called The Eagle Returns  — a history on the Grand Traverse Band. So I know we’re willing to share our history; it’s just a matter of finding the right format [to share it with the community]. And that’s one thing I hope we do for our own people as well...a lot of our people may not know our history, and I think it’s important.