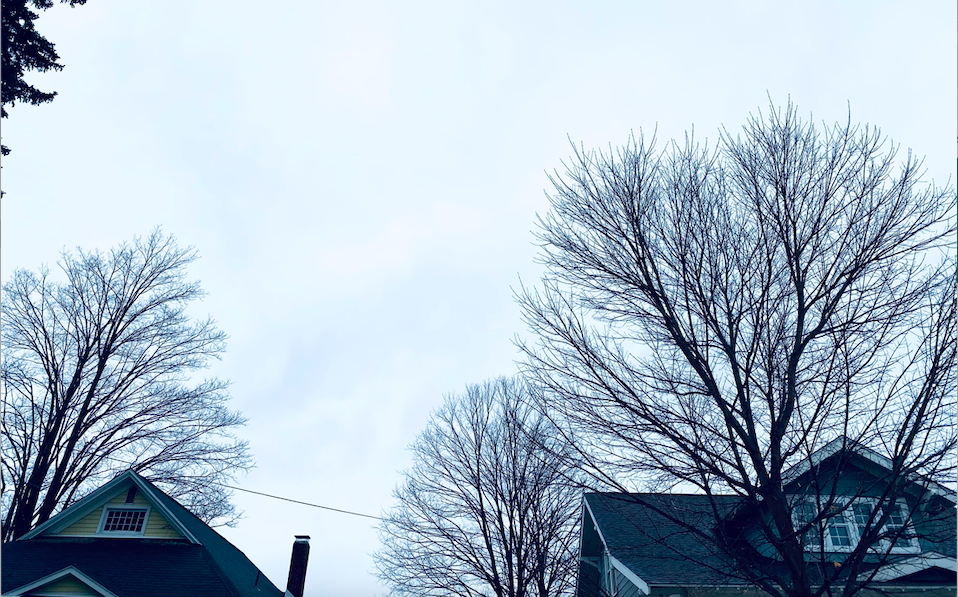 In Monday’s Leelanau Ticker, two residents of Leelanau County — also owners and staff at local businesses, parents of school-aged children, and passionate community members — shared the dire straits they are in securing long-term housing options for their families.

At the crux of it, they say: an utter lack of long-term rental options. Since Monday, when Zillow, Trulia, and Rent.com showed zero rentals available in the entire county, one three-bedroom house has popped up for rent in Bingham Township. It’s $2,800 per month.

Suttons Bay’s Brooke Hall, a single mom of three, has been on the lookout for a long-term rental since November. She says the chasm between the working wage and the monthly rental rates has made living in the county unattainable for most working families.

Leelanau Township Supervisor John Sanders echoes this sentiment: “If you do the math, for someone making $20 per hour — with the rule of thumb that housing should be no more than 30 percent of your income — most places to rent are out of reach.”

He says the county desperately needs both “seasonal worker housing — May through September — and affordable rental properties that allow security for a year at least, if not two.”

Sanders says he knows of “only two long-term rental properties in Leelanau Township; meanwhile, a search on VRBO shows 110 [short-term] listings within 18 miles of Northport.”

Leelanau County Commissioner Gwenne Allgaier says the reason for this disparity playing out across the peninsula is simply: “Housing here is expensive to buy, so also expensive to rent out.”

(Leelanau residential property is so expensive, in fact, according to data from Aspire North the average sale price jumped to $899,790 for February 2022 from $548,005 a year earlier...and both figures are higher than their counterparts in Grand Traverse, Benzie and Antrim Counties.)

Sanders laments that Northport lost two key community members recently due to the dearth of housing: “Monica Diaz, our clerk, was renting in the off season, moving every year on May 1.”

This became a living situation she found too precarious, he says, “so she left her position and moved downstate.” Similarly, Cora Schaeff, former director of the Leelanau Township Library, just left the area after a year-long housing search came up dry.

Yarrow Brown is executive director of housing advocacy nonprofit Housing North. As a resident and former planning commissioner in Cleveland Township she has an insider’s view of the changes she says must take place so that Leelanau can remain a county where people can both work and live.

“Every day those that are housed should think ‘what would I do tomorrow if I had to move out of my house. What options do I have?’ Until we are faced with that situation ourselves, we cannot begin to understand what it is to struggle to find a roof over our heads.”

She adds, “We need housing NOW and housing that meets the needs of our working class. We need to change our zoning to provide more flexibility and support more housing diversity. We need more landlords or property managers willing to commit to year-round housing. We need people to attend local planning commission meetings or public meetings to say ‘YES, IN MY BACKYARD!’ or yes to more affordable housing.”

Erik Bahle, a landlord and longtime resident agrees: “We need a shift in mindset for people to actually care. To see the way of life they moved here for and are expecting is going to disappear if they don’t get involved. We need facilitators who want to pay it forward and create an open door to these younger populations. It will take a number of people who say I want to invest in my community, not my pocketbook.”

He speaks from first-hand knowledge, as he manages several Leelanau County properties. “Just because you can dial up rent to the extreme doesn't mean it's the best for everyone long term. Candidly, we all have to make a profit, but what that profit margin is...that is another thing. There are people in our midst who are actively taking advantage of this situation, creating a level of exclusivity that is filtering out regular people. The community will start to evaporate.”

Another local resident committed to year-round housing is Corey Flaska, who currently owns 19 rentals in Leelanau and hopes to add “many more” in the future. “Short-term rentals are more lucrative, and I have thought about transitioning a few of my buildings, but at the end of the day I'm just fine being a traditional landlord and supplying a service to our community,” he says, adding, “This is the way I was brought up. I started painting and mowing rentals for my dad [Scott Flaska] when I was 10, and my grandma and grandpa [Marilyn and Charlie Flaska] who owned Leelanau Redi Mix for 45 years often rented to their employees. This seemed to be a good formula if you owned a business in Leelanau.”

Flaska, owner of Leelanau Construction, says it's a mindset he's keeping. He is also seeing his concept for a “smaller land, smaller home, smaller price” development come to fruition in his hometown of Cedar.

Allgaier notes other county employers have made investments specifically for seasonal workforce housing, including Cherry Republic, Anderson’s Market, and Crystal River Outfitters. “Another tactic is the Sleeping Bear Gateways Council’s ‘seasonal employee housing exchange,’” she says. The program links local employers with hosts who have rental space — anything from a room to a full house or cottage — available for seasonal workers.

The Gateways Council is currently seeking people with room to spare to add to their confidential database.

Allgaier says housing scarcity specific to tourist areas is something she and her fellow commissioners need to explore, noting “doing nothing is not an option,” and that other counties taking a proactive role have “explored the possibility of having a tourist tax to support housing and also have full-time housing coordinators.”

News on that front: last fall The Leelanau Township Community Foundation awarded $30,000 to Housing North to help fund a new housing ready program director position for Leelanau County, and now Sanders says Leelanau Township is prepared to offer its own $10,000 boost toward the position. (The township votes on its budget tomorrow.) Brown explains that a boots-on-the-ground housing ready director can work with villages and townships to connect them with traditional developers, the county’s Land Bank Authority and nonprofit developers like Habitat for Humanity.

There are two shovel-ready Habitat for Humanity developments in the county right now, both with available units, shares Wendy Irvin, chief executive officer for Habitat for Humanity, Grand Traverse Region: one with six homes in Maple City and another with 14 homes — including some rentals — being built with partner New Waves United Church of Christ near the corner of M-72 and Bugai Road.

Habitat offers opportunity for homeownership to families whose income is 30 to 80 percent of the area’s median income, which is essentially “our workforce,” Irvin says.

Examples of people who might qualify for a Habitat home in Leelanau County? A single adult with two children earning up to $27 an hour, or two adults plus two children with an income up to $63,000 a year.

“A lot of people rule themselves out...or they think that home ownership is more expensive than renting. Our owners pay 30 percent of their income — the definition of affordable — and the mortgage is more sustainable than rentals,” she says, adding “I just got a call over the weekend from someone whose rent increased for the third time, now looking at owning their own home.”

Irvin says Habitat has begun connecting with Larry Mawby and his nonprofit Peninsula Housing, which is launching a new Community Land Trust effort throughout Leelanau County. She notes, “We are developers and builders and for our mission to survive we need to work with property owners.”

Bahle adds, “We need the community to be its own hero to start leading us out of this. It comes down to people saying ‘I want to invest in my community.’ That is the only incentive that will actually solve this.”