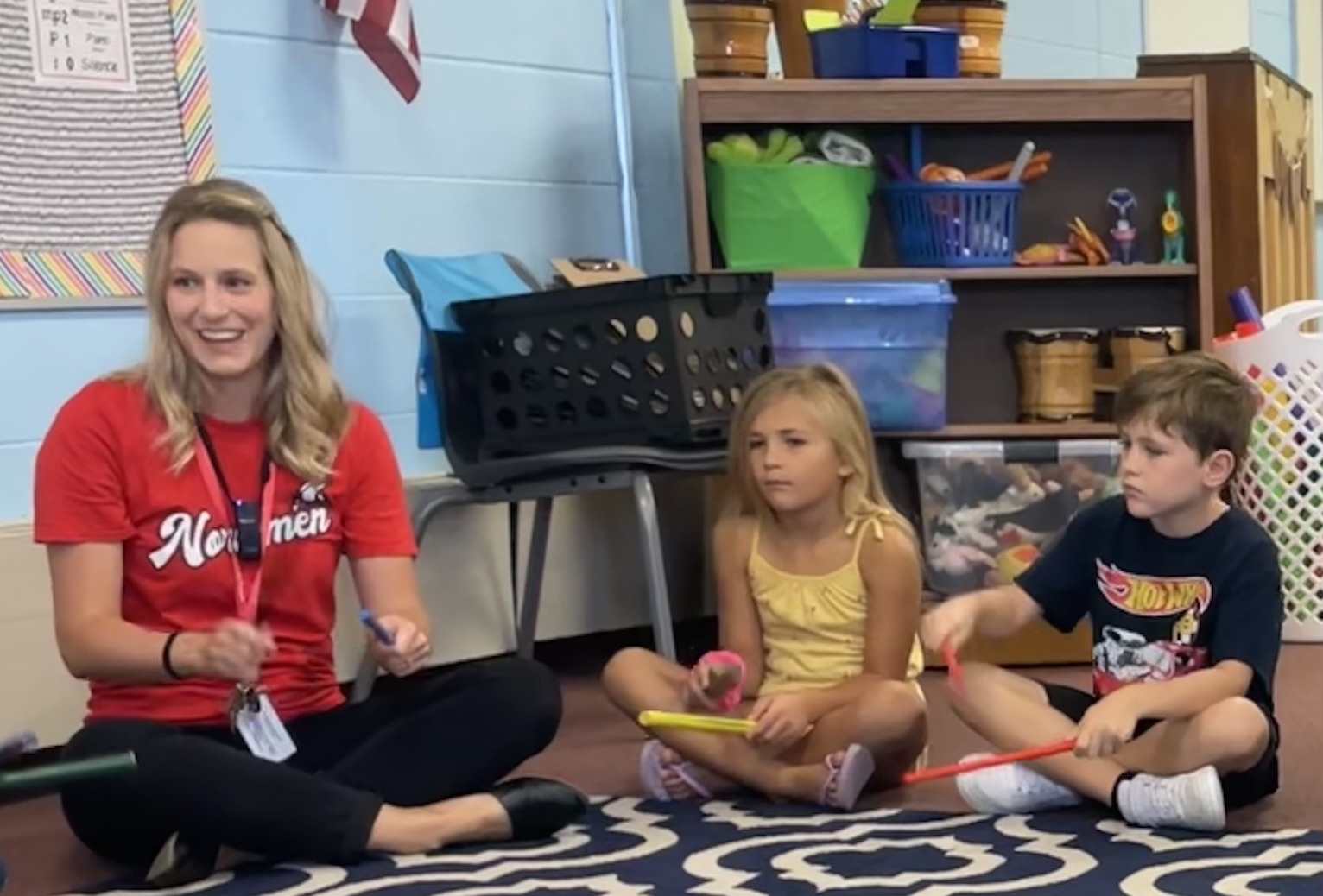 You can’t grow a tree without a seed, and you can’t build a house without a foundation. According to Casey Petz, superintendent of Suttons Bay Public Schools, those metaphors are both apt for describing what goes into building a public-school fine arts program.

Right now, the Suttons Bay district is in the process of bringing singing, instrumental music, theatre, and other performing arts back to its schools after years of letting those programs go fallow. The process of forging those offerings into full-fledged programs will take time, but Petz says Suttons Bay Public Schools is committed to the cause — and has recently made several key hires that will help build the foundation.

Conversations about reviving the performing arts programs at Suttons Bay began at the beginning of 2020, right around when Petz started the superintendent job. At the time, he says, there were murmurs about the district’s faded glory in the performing arts, and about what it might take to reclaim it.

“If you look back 20-25 years, you find the peak of our programs for drama, choral, musical, performance, arts, and band,” Petz explains. “Suttons Bay had a fabulous reputation for all of those things. But then, through the course of the last 10 to 15 years, it’s been increasingly difficult — with a shrinking student population and the normal retirements and transitions that you have within the school environment — to keep the same level of production and performance going.”

Over time, he says, “you started to see a little bit less [of arts and performance] each year, because we just couldn't sustain what we were doing.”

When Petz arrived at Suttons Bay in February 2020, the district was “down to just a handful of things that were still running” in the arts and performance space. “We started asking, ‘What are the things that we can do, in a sensible and sustainable way, to get back to the level of performance and production that we used to have in Suttons Bay?’”

Unsurprisingly, those conversations got quickly sidelined by COVID-19. “There was even a point during the pandemic where kids were being strongly discouraged from singing in classrooms or indoor spaces. We had to ask if right now was the right time to try to [rebuild our arts program].”

The 2021-2022 school year saw Suttons Bay reactivating its performing arts mission. The first big move was the hire of Jason Peplinski, a Suttons Bay Public Schools alumnus who came back into the fold last year as drama and musical director. And this school year, the district has hired Elizabeth Richards (pictured) to lead its elementary school music program.

Petz sees the Richards hire in particular as a crucial act of seed-planting. While many school districts known for the performing arts are regarded first and foremost for their high school programming — with Traverse City Area Public Schools and its high school choir, band, and orchestra programs being local examples — Petz says it’s tough to build a successful high school arts program without starting first at the younger grade levels.

“There’s always a slow roll in education,” Petz explains. “We know we have to take a few steps back and say, ‘What are the things that need to be put in front of our kids in the scaffolded sort of way?’ So, you move slow to move fast, and that’s really going to be Elizabeth’s role.”

Richards is excited about the key role she’s being asked to play. She comes to northern Michigan from nine years teaching general music at St. Joseph Public Schools and with a passion for elementary music: “I really love giving young students the foundation they need as they get older to be successful musicians, and getting them to really love making music,” Richards says. “To rebuild a program, it’s important to lay that foundation…because then, as they grow, they have the confidence to know how to read music or how to pick up an instrument.”

In addition to her experience teaching general music for younger grade levels, Richards also has a choral music background, a master’s degree in learning, design, and technology, and a certification that allows her to teach music to any grade K-12. That mix of credentials means Suttons Bay can deploy Richards at multiple levels. This year, in addition to her elementary music work, she’s teaching a performance arts class for middle school students (which combines basic music theory, instrument work, and theatre performance) and assisting Peplinski with the district’s “staff choir” (which aims to get teachers and staff engaged in music in a way that further encourages student involvement).

It’s a holistic, building-block approach that Richards says helps strike a balance between the foundational work of elementary music and the need to “meet our older kids where they’re at and allow them to flourish, too.”

The next step, Petz says, would be finding a music educator with a specialty in band to lead the development of instrumental music programs at the middle and high school levels.

“Research has shown that, for any kid that’s involved in performing arts, that’s a lot of times the thing they are most excited about at school,” Petz says. “It’s strange that sometimes the first things that get cut [at schools] are the things that people love the most. This initiative is about addressing that and about making sure that what we invest in for our students, and our families, and our community [is] high-quality programming that’s sustainable and building a reputation here.”